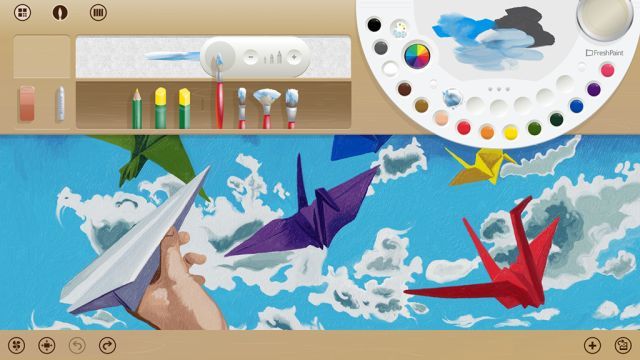 The same day that Microsoft launched the Release Preview of Windows 8, it also released a number of new and updated Windows 8 apps on the Windows Store that were internally developed. One of them was Fresh Paint, a digital paint program which Microsoft described with this statement:

Discover delightfully real paint that behaves like real paint where it should and better than real where you need it. Blend and mix colors to get just the look you want.

Today, the Next at Microsoft blog announced that the Fresh Paint app is now " ... the #1 app in the Entertainment category in the Windows Store." However, the blog doesn't make it clear if that number one ranking is based on the number of downloads the app has generated or if its based on the quality of the app's ratings from its users.

Neowin messaged Next at Microsoft's author Steve Clayton on his Twitter account for more information. He replied, " ... ratings based on a mix of things ... but suffice it to say, it has plenty of downloads and great reviews :)."

Fresh Paint started out its life as a Microsoft Research project in 2011. At the time, the company worked with the Museum of Modern Art in New York City on the product, then called Microsoft Digital Art. Clayton stated today that the prototype has since been used by over 56,000 visitors to the museum.