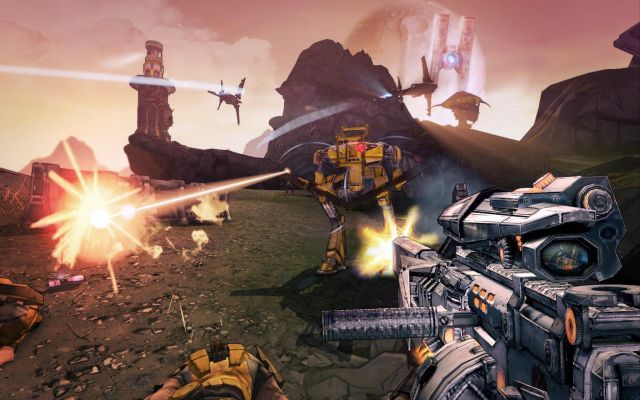 We have seen the idea of a "Season Pass" appear more and more with major games in the past year or so. Basically, a publisher and developer offer a way to get all of the planned DLC packs for a game for one price that is usually much lower than if you bought each pack separately.

Today, developer Gearbox Software and publisher 2K Games have announced they will launch their own "Season Pass" for Borderlands 2, the upcoming sequel to the hit first person shooter-RPG hybrid. Gearbox says that they will release four DLC packs for the game, which will be priced at $9.99 each for the PC version.

However, if you know you will want to get all four DLC packs, Gearbox and 2K Games will also sell a "Season Pass". PC owners will soon be able to purchase this collection for $29.99. This basically means you will get four DLC packs for the price of three.

Details about each DLC pack will be released later and Gearbox plans to release all four by June 2013. Meanwhile, Borderlands 2 itself is still scheduled to be released for the PC and other platforms on September 18th.