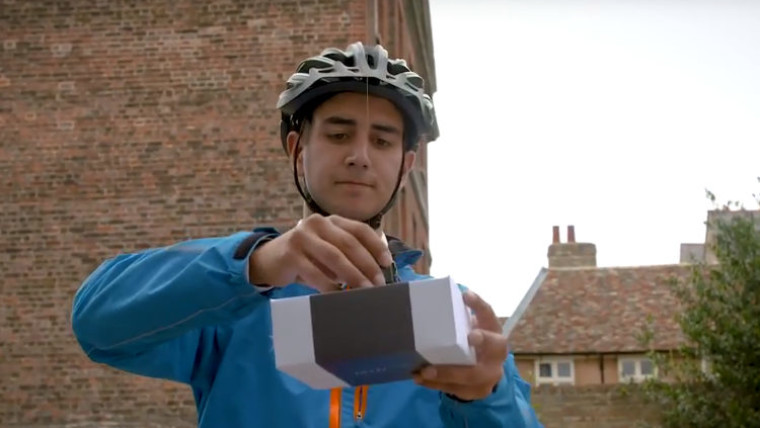 Cambridge Consultants is developing DelivAir, its take on the drone delivery systems that are becoming increasingly common.

The system boasts being better in some respects than the Amazon drone and other drone delivery systems that have been developed so far, because the DelivAir system pings the user's phone for the delivery location, as opposed to the user's address.

This appears to be very similar to getting an Uber; once an order has been placed using the app, the system locates the user via the GPS of their smartphone. Once close enough, the user then turns their phone towards the drone as a unique flashing LED code is emitted from the phone for the drone to receive and zone in towards. The drone, once above the source of the flashing LED, will then lower the ordered product down on a winch.

The company explains that this sort of delivery could be used for on-demand needs when a user is away from their home and might be useful for outdoor situations like delivering water to someone hiking. Drones already played some role in recent Hurricanes but the development of drone delivery linked directly to people's phones would certainly enhance the ability of automated delivery directly to people in need.