Indie party game Push Me Pull You creators, House House, has announced its newest project that involves you taking the role of a rather irritating goose. The game is currently in pre-alpha, but the studio has released some humorous gameplay footage, seen above.

The goose uses its handy to-do list to keep track of all the shenanigans it has planned, and most of them seem to be revolving around tormenting an unfortunate groundskeeper. We see the goose possibly ruining the groundskeeper's lunch, stealing his keys and hat, as well as getting the man drenched, just to have a goose picnic in the end. 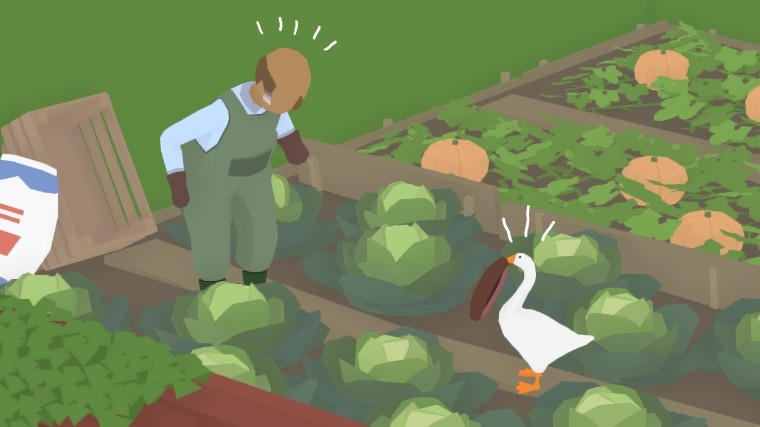 We also get to see how the goose's stealth and distraction skills are used in various fashions to complete the objectives. Judging by the appearance of another goose incessantly honking at the groundskeeper, the game may have multiplayer components as well.

The developer's game description is quite fitting, saying, "It's a lovely weekday morning in the village and you are a horrible goose."

Titled, 'Untitled Goose Game', which could be a placeholder name or the actual game title, the game is set for launch sometime in 2018.