Well would you look at that! New leaks have surfaced thanks to the Windows 8 Music app that reveal the pricing of Xbox Music, the renamed successor to the Zune Pass. And who could have guessed? The pricing is exactly the same for the "new" service Microsoft will be providing in Windows 8 and on the Xbox 360. 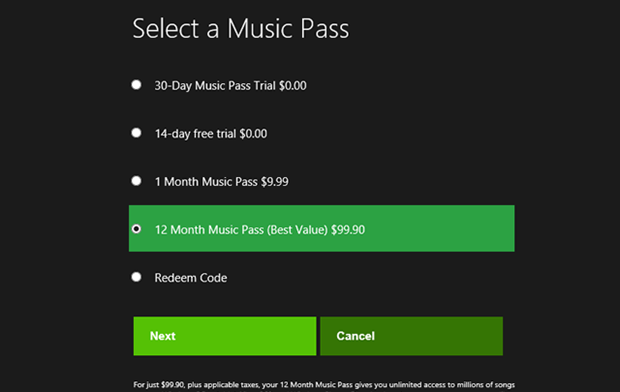 For those in the United States, pricing comes in at US$9.99 per month for an Xbox Music Pass, or $99.90 for a year. If you live in the UK, you can get a Pass for £8.99 for one month or £89.90 for a year's worth - a premium of 46% over the United States pricing when conversions are factored in. Also, the screenshots provided seem to indicate that, at this stage, the UK will not have a free trial of the service. 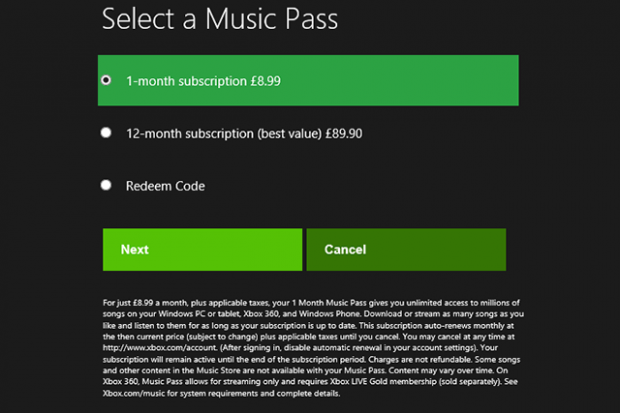 Other rumored features for Xbox Music include an ad-supported Spotify-like streaming service, a music matching scanning service similar to what Apple offers, and a "single tier dual subscription streaming service" which hasn't been fully explained yet. Although, because the launch of Windows 8 is so close, these features will likely be unveiled very soon.

Source: WMPowerUser | The Verge | Thanks to our tipsters as well!