Stealing and then getting sued for it seems to be the cool thing right now. Samsung, Google and Motorola Mobility, HTC, Apple and Microsoft are all at each other’s throats because of two letters; IP, or Intellectual Property. Well, step up to the plate LG, who is taking a swing for Samsung. 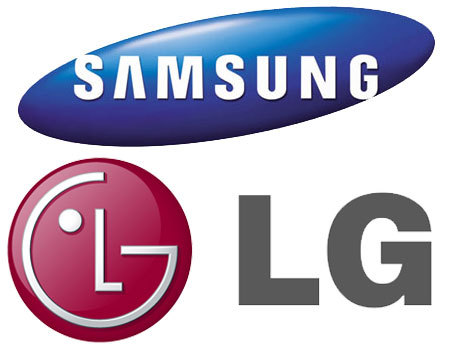 This time round, Samsung Electronics and Samsung Display have been accused of infringing seven patents around the panel designs, circuit technologies and OLED structures in mobile devices. The Galaxy models SIII, SII, SII HD, Note and Tab 7.7 have all been sounded out. LG has started by seeking a ban on the sale of the products. Lee Bang-soo, Senior Vice President of LG Display went on to say:

It’s too early to talk about expanding the requests for injunctions internationally. But yes, it’s certainly an option we could take. We aren’t expecting anything less than a sincere apology from Samsung.

Even if Samsung did say sorry, it’s an admission of guilt that, given the problems they’re having with Apple right now, they wouldn’t want to make. Lee added:

Samsung has been using our patented OLED technologies without paying royalties. Then it spread rumors that LG Display has been failing to produce small-sized OLED screens used in mobile devices, which we thought was unacceptable and intolerable.

This all follows Samsung filing similar claims against LG for stealing technology involving large-sized OLED screens that would be used for TVs. An eye for an eye perhaps? Although the impact on Samsung losing this one would be greater as there are more mobile devices in the wild than there are OLED TVs.

Samsung is strenuously denying the allegations, intending to countersue, and have said they have the edge with OLED technology therefore wouldn’t need to steal from its rivals.