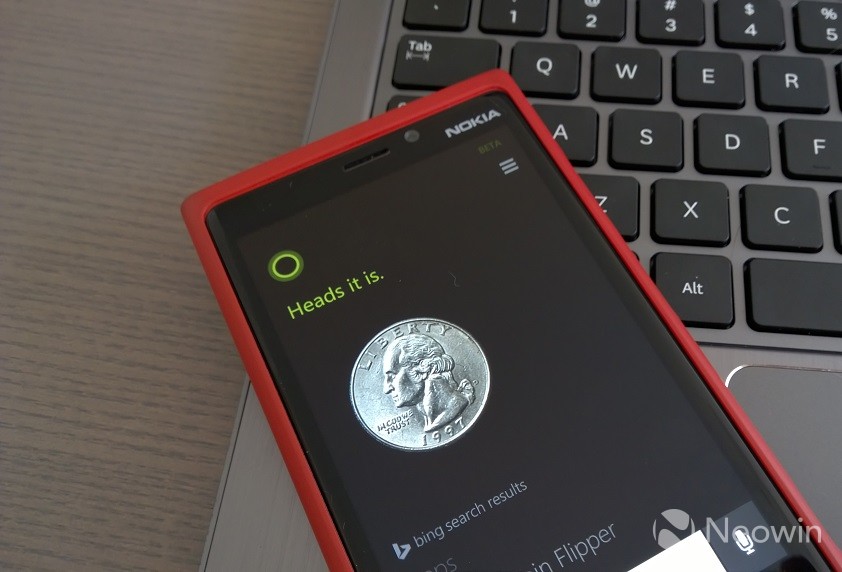 It's well known that Microsoft tends to think of the world as US first, everyone else second, when it comes to consumer products. If you look at Bing, for example, outside of the US it has traditionally lagged behind the US in features; Zune didn't get much international love either; Microsoft stores are mostly found in the US; and the list goes on and on (like the Microsoft Band too).

But for Cortana, its lack of love beyond America's borders will soon be changing, according to the folks who work on its development. For example, in the UK, the 'flip a coin' feature does not work - something that sparked a discussion on Twitter that you see below.

Marcus Ash, the Group Program Manager for Cortana, said on Twitter that International users, specifically in the UK, should start to see this 'second class' citizen status change soon.

@MSFTY @mechMouni Expect to see this change. And we will get you an answer on when Cortana can flip a coin in the UK.

It doesn't get much clearer than that - the team behind Cortana is working to make sure that features which are launched in the US are available abroad as well. Of course, don't expect an overnight change but it is good to see these folks acknowledging the weaknesses of their product and attempting to fix the situation.

With the Cortana situation being worked on, maybe if you give Joe Belfiore enough feedback, Microsoft will speed up the release process for the Band internationally.