The UK mobile industry is facing quite a big shake-up this year, as some of the biggest firms in the business have already planned their exit from the increasingly saturated market.

Telefónica is preparing to offload its O2 UK network to Hutchison Whampoa, which owns Three, while Deutsche Telekom and Orange are in the process of selling the UK's largest network, EE, to the nation's largest fixed-line provider, BT (which has recently launched its own mobile service while regulators review its proposed acquisition of EE).

Suffice it to say that things are getting rather complicated in the UK mobile market - and buyers will soon face the prospect of yet another network to choose from. Today, Dixons Carphone - the firm behind leading independent devices retailer Carphone Warehouse - confirmed the upcoming launch of its new mobile network, which was first reported a couple of months ago. 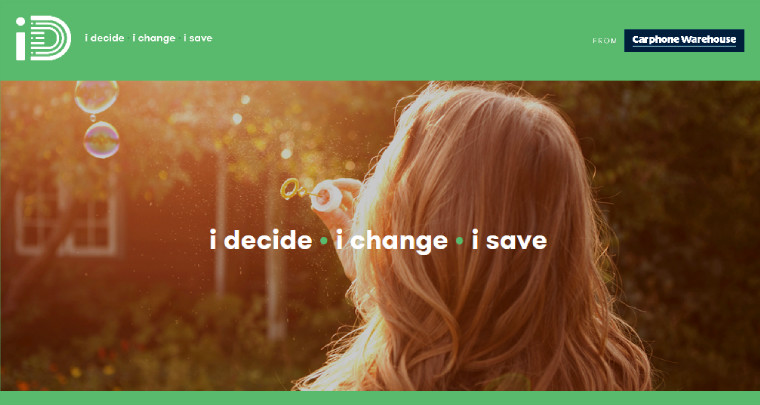 Called 'iD', the new mobile carrier will launch in May, and will run on the existing Three network. The company promises that its offering will guarantee "increased contract flexibility, greater access to free data roaming and the best value 4G available on the UK market."

In fact, iD says that it will offer free roaming in more European countries than any other UK carrier (including Three), as well as in Australia and the United States: 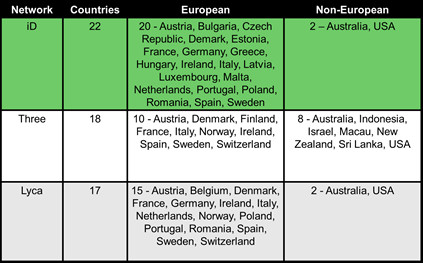 iD also promises greater flexibility than its rivals, with only 12-month contracts (rather than the more common 24-month plans), but it hasn't yet revealed its full pricing structure. The only detail it has announced on that front is that it will offer the Samsung Galaxy A3 on a 12-month plan with 300 minutes, 5000 texts and 1GB of 4G data for £19.50 a month.

If your interest has been piqued, you can sign up on the iD site to get more details on pricing and availability once the network is ready to launch.