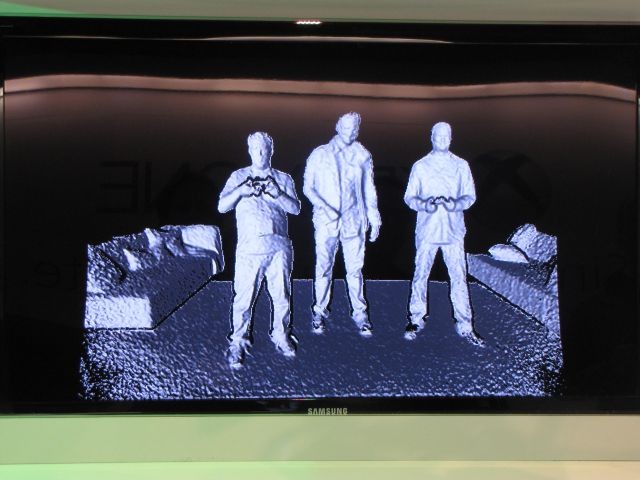 Microsoft's Xbox One will come with the Kinect motion and voice recognition hardware as part of the package - which goes some way to explaining why Microsoft decided to set the price of the console at $499. Today at E3 2013 we got some time with the new version of the Kinect hardware in Microsoft's booth.

As we reported in May, the new Kinect can support up to six people at once. In the demo at E3, we got to see how the Kinect camera can be switched to show different modes. One of them replicates the people in the room in a full 3D environment, along with parts of the room itself. By the way, that's me on the left of the picture.

The new Kinect can not only register more of the human body, but it can also record how much muscle force is being used by our limbs at the time. We saw how our body's outline changes color when, for example, we put a lot of pressure on one leg. The icon on the screen in front of me turned red the more I put my foot down, then went to yellow when I returned to normal. 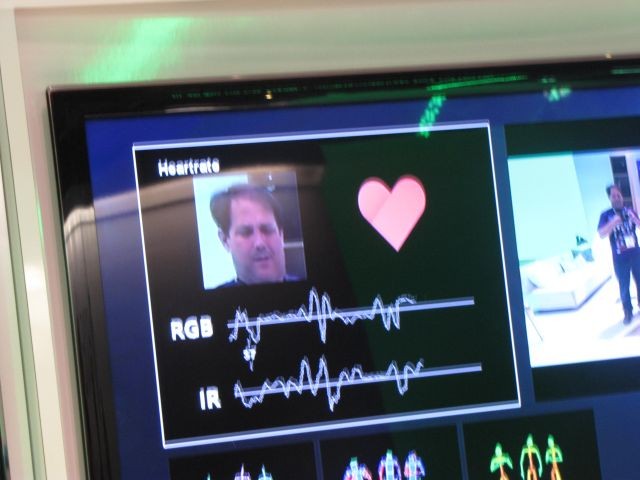 Another thing the new Kinect can do is measure your heart rate - and yes, that's me again. This kind of feature might be of use in fitness programs and dance games for the Xbox One. There's another feature that shows how much force a human can generate by just moving their arms. The force is depicted by circles that come from the body, such as fists that are moved and punched in from the Kinect sensor.

Finally, the new Kinect can be used with cartoony icons that can show if a person is happy, sad, or angry based on their facial expressions. This could allow games or apps to use animated figures that can be influenced by just the gamer's facial movements.

The new Kinect is certainly a powerful device and including it with the Xbox One gives the console something extra that neither Sony nor Nintendo are offering as part of the core package. The big question is whether or not consumers will see past the $499 price tag.