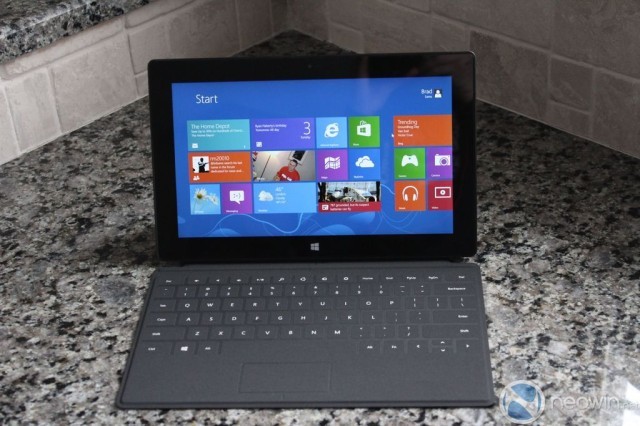 Microsoft continues to update the firmware inside its Surface RT and Surface Pro hardware. Today, the regular monthly firmware upgrade was released, and it includes a new set of functions for Surface RT owners who use the Touch and Type Cover keyboards.

The change notes for the Surface RT states that its firmware update will have "the ability to toggle function keys, new shortcuts, and helpful keyboard navigation improvements" when using the Touch and Type Covers. Microsoft went into more detail on these new features last week. In addition, the update makes some changes to the Surface RT's home button which "improves the reliability of the devices waking up immediately on the first button press."

The patch notes for the Surface Pro indicate just one update was made to the device. It offers up some improvements for the LifeCam driver that "enhances clarity for low light operation and improves reliability when switching between the integrated camera and an external camera." Oddly, the patch notes make no mention of the Touch and Type Cover improvements that were listed in the Surface RT history.

Just a reminder: Microsoft is giving out a free Touch or Type cover with the purchase of any Surface RT in the US and Canada from now until June 30th.