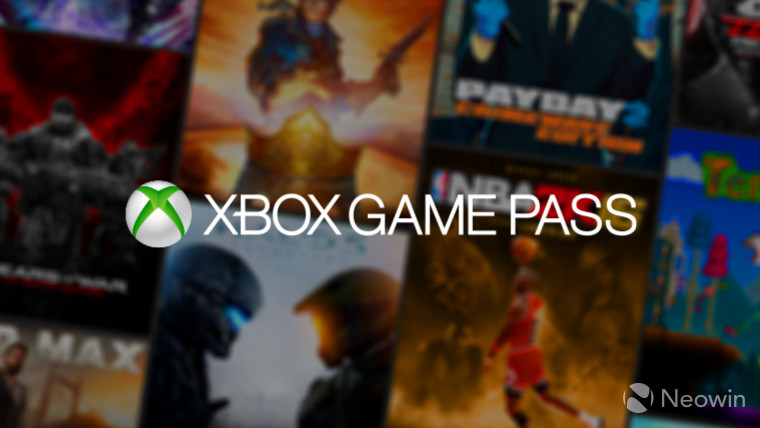 Today, Microsoft announced eight new games that will be coming to Xbox Game Pass in February 2018. The subscription service offers access to over 100 different games at any time, with new titles added and removed every month. There were 10 that were added in January.

To be clear, it includes games that were made for both the Xbox One and the Xbox 360, although all of the latter games are playable via the Backward Compatibility program. In fact, Game Pass doesn't even work on the Xbox 360.

Following the record-breaking launch of NBA 2K16, the NBA 2K franchise continues to stake its claim as the most authentic sports video game with NBA 2K17. As the franchise that “all sports video games should aspire to be” (GamesRadar), NBA 2K17 will take the game to new heights and continue to blur the lines between video game and reality.

Welcome to Suplex City, courtesy of cover Superstar Brock Lesnar! WWE 2K17 arrives as the reigning and defending flagship WWE video game franchise champion! With the most authentic WWE gameplay ever, thousands of new moves, upgraded Creation Suite, all-new backstage brawling and the largest roster ever assembled for a WWE video game, it’s no wonder IGN said “2K17 delivers the goods.” Immersive Gameplay & More Experience the most authentic WWE gameplay ever, featuring thousands of new moves and animations, backstage and in-arena brawling, and the biggest roster of WWE and NXT Superstars and Legends to date. Powerful Creation Suite Create and develop your custom WWE Universe with the deepest Creation Suite to date, featuring new options such as Create a Video, Create a Victory and a Highlight Replay system. New features and additional content allow you to customize the most amazing Superstars, Arenas, and Championships. MyCAREER and WWE Universe with New Promo Engine The all-new Promo Engine brings the drama and personality of the WWE Superstars to life in MyCAREER and WWE Universe modes. Choose your words wisely and smack talk your opponents, start rivalries or form alliances. Your dialogue will shape your characters as they rise through the ranks of NXT and WWE to become WWE Hall of Famers! Soundtrack by Sean “Diddy” Combs aka “Puff Daddy” Enjoy a star-studded soundtrack featuring the top names in the music industry, such as Twenty One Pilots, French Montana and Black Sabbath, curated by Executive Soundtrack Producer Sean “Diddy” Combs aka “Puff Daddy”!

It’s the Halo experience you’ve dreamed of – controlling entire armies of Marines, Warthogs, Scorpion tanks, and Spartans on the battlefield from the Commander’s point of view. Halo Wars 2: Complete Edition is the comprehensive version of the real-time strategy hit that includes ALL content for Halo Wars 2. And now you can play in native 4K Ultra HD graphics with HDR on the Xbox One X and Windows 10!

Halo Wars 2 includes an epic story taking place after the events of Halo 5, told across 12 campaign missions with ultra-realistic cinematics. Once you’ve honed your skills as a commander you can jump into a variety of multiplayer modes against the computer and play online with Xbox Live.

The Season Pass included with the Complete Edition grants you 7 additional leaders to use is Multiplayer and Blitz modes, as well as 2 additional campaign missions. Each leader includes a variety of new units and powerful leader abilities and will change the way you strategize on the battlefield.

The Complete Edition also includes Halo Wars 2: Awakening the Nightmare, the new expansion that allows you to play as Atriox’s Banished forces in a fight against the awakened Flood. You’ll get two new Banished leaders as well as the new co-op tower defense mode Terminus Firefight. In Terminus Firefight, play with up to two other players and defend your base against endless waves of enemy forces.

Become the terrifying force which everything fears but nothing can escape. Awakened by the End of Days, Death, the most feared of the legendary Four Horsemen embarks on a quest to redeem his brother's name. Along the way, the Horseman discovers that an ancient grudge may threaten all of Creation. Death lives!

As the best-selling RPG on the original Xbox, Fable pioneered every player’s choice having a consequence. With Fable Anniversary, a spectacular HD remaster of the original Fable, players will be reminded of why the franchise is so special and unique. All new textures and 3D models, an entirely new lighting system, a slick new interface, achievements, and all of the content from “The Lost Chapters,” make Fable Anniversary the definitive Fable experience for faithful fans and new players alike!

A land of discovery stretches out before you. Explore the beautiful yet rugged world of RiME, a single-player puzzle adventure. In RiME, you play as a young boy who has awakened on a mysterious island after a torrential storm. You see wild animals, long-forgotten ruins and a massive tower that beckons you to come closer. Armed with your wits and a will to overcome—and the guidance of a helpful fox—you must explore the enigmatic island, reach the tower's peak, and unlock its closely guarded secrets. Features: Explore – Discover the mysterious island at your own pace. Interact with wildlife, search for hidden items or simply take in the sights and sounds. Solve Puzzles – Make your way through the ancient ruins and its hidden marvels by solving puzzles with sound, light and shadow projection, perspective, platforming, and even time manipulation. Find Secrets – Dive deeper into the boy’s backstory by uncovering dozens of secrets and collectables. Be Enchanted – Take in a beautiful world inspired by the wonders of the Mediterranean through a fusion of captivating music and color.

Racers and jet ski fans, we’ve got something this month for you as well with Vector Unit’s fast-paced aquatic racer Riptide Renegade GP hitting the catalog in February. Riptide Renegade GP is a futuristic racing game with realistic physics and tight controls, as well multiple modes for you to enjoy. Complete events, enter tournaments, and start collecting victories against friends through local co-op, or online with Xbox Live!

The grim reapers Grimm and Rose need your help to defeat a legion of monsters, ghosts, and evil bunnies using the power of words! Spell words to battle monsters and earn gems that can be used to purchase upgrades, books, special items, potions, and much more! Letter Quest is a turn-based RPG featuring high-res artwork, clever wordplay, and two great soundtracks. Use your linguistic skills to survive!

Xbox Game Pass is a great way to try out new games on the cheap, but you should also be claiming your Games with Gold every month. Games with Gold offers four free games (two Xbox One and two Xbox 360) to Xbox Live Gold subscribers.

As part of this month's offers, you can claim The Incredible Adventures of Van Helsing III (Xbox One) and Army of Two (Xbox 360) until the end of the month, and you can grab Zombi (Xbox One) until February 15.