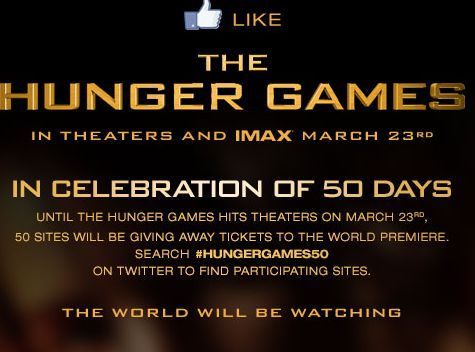 Facebook users experienced some down time earlier this afternoon when they tried to visit the site. As reported by News.com, The problems started after 1 pm Eastern time when Facebook.com simply would not load at all on PCs. The site later came back to life after about 15 minutes but users still experienced slow downs in loading the site for a few more minutes.

One possible reason for the slow down was the launch, at the exact same time, of a promotion for the upcoming movie The Hunger Games. Lots of media sites launched contests to give away tickets to the world premiere of the highly anticipated film and some of those contests used Facebook pages in order to sign up people to win those tickets.

It's more than possible that the legion of Hunger Games book fans flooded Facebook when the sweepstates were first announced via Twitter and caused the brief slowdown for the entire site.

The downtime for Facebook comes the day after the company announced its plans to launch a public stock offering. It also revealed that it had 845 million monthly active users, over $3 billion in annual revenues and $1 billion in annual profits.