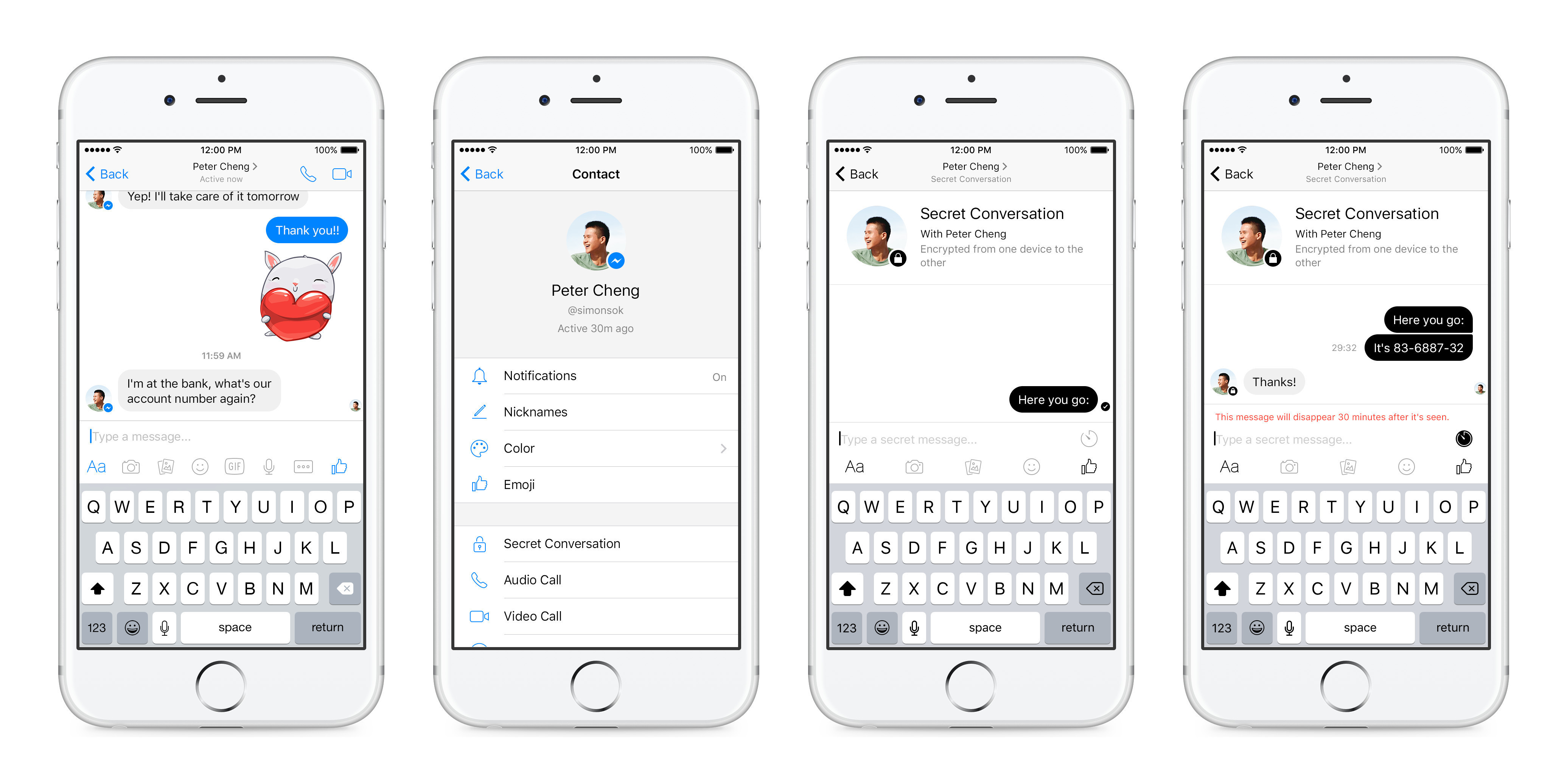 In a recent announcement today, Facebook is rolling out a new feature for its Messenger service called 'Secret Conversations,' which basically offers end-to-end encryption for conversations.

This comes after almost four months ago, it was reported that Facebook was planning to add end-to-end encryption service to its Messenger platform, as well as WhatsApp.

Facebook states that such a feature will make sure that conversations with sensitive topics such as illnesses or health issues with family and relatives, or sending confidential financial information to another person will remain private.

Moreover, to finally make this possible, Facebook is testing out the ability to create one-to-one secret conversations in Messenger which will be encrypted end-to-end, and can only be read by the person on the other line. With the encryption in place, no other entity can read the conversation, including Facebook. Users can also opt to set a specific time a message remains visible in a conversation.

'Secret Conversations' will only work on one device; be it a PC, tablet, or phone. They can only be accessed on one device the user will choose. Furthermore, rich content like GIFs and videos will not be supported within encrypted conversations.

The feature is already available for a small number of users, and will be widely available to others by the summer. The trial time will be used to gather feedback from the small subset of users, which will help improve the service for a larger release in the future.