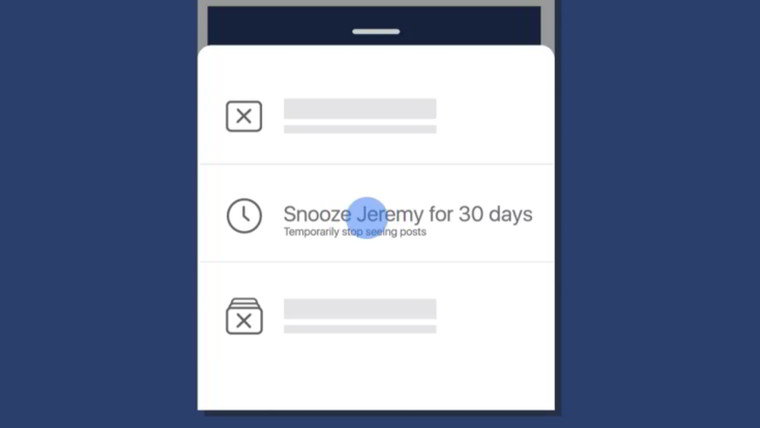 Facebook can get a little overwhelming at times, especially in today's era of fake news and hot-topic political takes. The company is slowly adapting to its responsibility in all of this, and wants to help by allowing you to temporarily unfollow or mute people and pages.

The new feature is called Snooze, and will be rolling out in the next few days. The mute will last for 30 days, giving you a break from certain political rants, troublesome news items or overly zealous commentary. Then you will be able to focus on cat memes, stupid people tricks, and Star Wars reviews to your heart's content.

"With Snooze, you don’t have to unfollow or unfriend permanently, rather just stop seeing someone’s posts for a short period of time," Facebook Product Manager Shruthi Muraleedharan said in a blog post. "The people, Pages, and groups you snooze will not be notified. You will be notified before the Snooze period is about to end and the setting can also be reversed at any time."

Facebook and other social media companies have been coming under increased scrutiny for their roles in failing to properly police their platforms. The company has made several changes over the past months, with Snooze being the latest attempt to show it is taking a more active role in the well-being of its users.