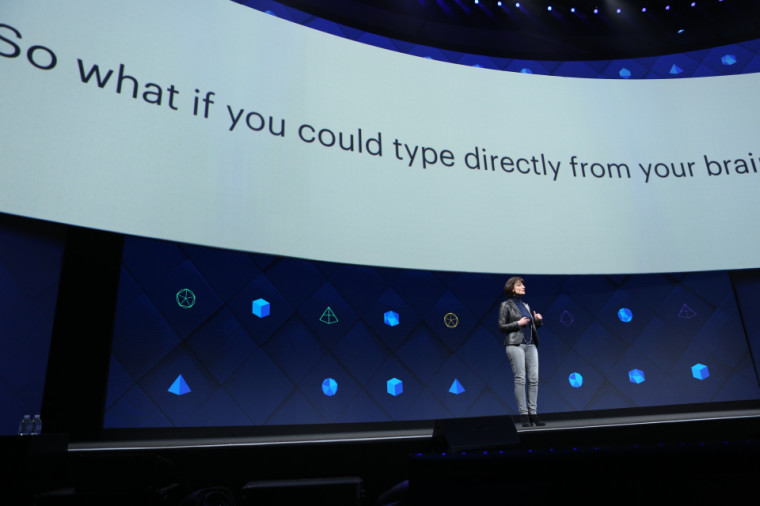 Facebook is building technology that will let you type with your brain. Yes, you read that right, the biggest social network in the world, which often comes under attack for privacy concerns, wants to be able to read your thoughts and type them out – if you want to. The company is also working on a project to let users hear through their skin.

The company announced at its F8 conference that it was working on some innovative projects which brought together biology, machine learning, and connectivity to let users communicate faster and easier than ever before.

First up, the social media giant plans to create a non-invasive device, think wearable, that could essentially read your brain impulses and decode them into words, which would then be typed out on your phone or some other device. The company’s executives highlighted the power of such technology by showing a video of a paralyzed patient who was using implanted electrodes to type out words.

The current tech is very limited and invasive but the future holds a lot of possibilities. Facebook says it wants to eventually ship a non-invasive device that lets you type out about 100 words per minute just by using your brain.

So, what about the huge privacy concerns that would come with such tech? The company said you’d only share the thoughts you’d selectively chosen to share already by sending them to the speech center of your brain. Unfortunately, modern neuroscience might disagree, and there would likely be plenty to say about the topic of privacy, if the company’s device ever becomes viable.

Moving on, another of the unveiled projects allows users to hear through their skin. The system works by essentially mimicking the cochlea, which translates sound vibrations into electrical impulses that your brain can analyze. Facebook plans to use this principle to essentially bypass your ears and let you hear through other parts of the body.

As a proof of concept, the firm showed off a test subject, who’d managed to develop a vocabulary of nine words which he could hear through his skin.

These projects sound like they’re taken out of a science fiction novel, but more and more companies are looking at marrying biology with technology to enhance what humans can do. Elon Musk, who recently unveiled his own startup looking at brain-machine interfaces, said that without such advances, humans would be doomed to be inferior to the next generation of artificially intelligent systems.