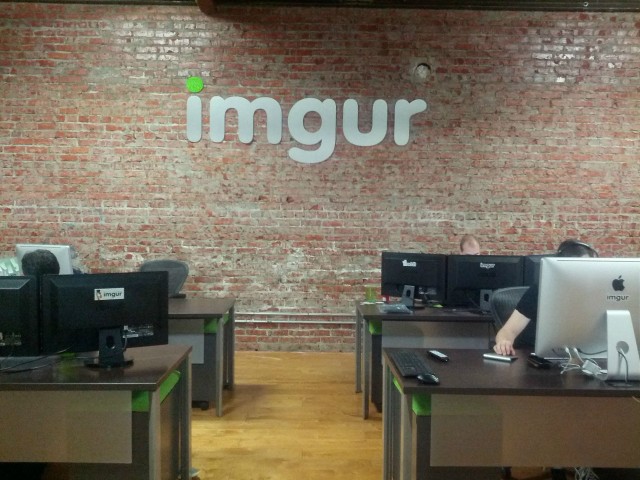 In 2009 the Internet had a problem. While sites such as Reddit and Digg were big and established, there was no viable photo sharing service around. Photo sharing services existed, but would not allow "hot linking" and would plaster ads all over a page with a small JPEG in the centre. Flickr was around, but was more for professional photography than actual image sharing. Luckily for the Internet, Alan Schaaf, founder and CEO of Imgur, spotted a gap in the market and pounced.

Schaaf sat down with Neowin to talk about Imgur, which is pronounced "imager." Imgur started out as a side project that Schaaf was working on in his own time. During 2009, he was spending a lot of time on Reddit and had noticed the lack of good, free image sharing service that could be used by anyone and would support any amount of bandwidth without removing the image. So he set out to make "something for the Internet that people would use."

In 2009, Schaaf purchased Imgur.com and set up a fairly rudimentary image sharing site which he branded: "The simple image sharer." Schaaf posted his creation to Reddit and it just "blew up," with over 1,600 up votes. Schaaf said that Imgur has never "done any formal marketing" relying instead on the referrals from current users to friends. Schaaf often posts announcements directly to Reddit, as well as other Imgur-related items.

"The site itself sort of went viral along with the viral images," Schaaf told me. "We allow people to share the direct link and when you load that all you see is the image. [Having an embedded image surrounded by ads] makes sense from a business standpoint because now people are looking at a page that can have ads and they see a logo and now there is brand recognition, but we sort of think about it as 'that’s out marketing budget.'"

Not every image on Imgur earns the site money, with only one advert displayed per page. Sites like Photobucket and yFrog display multiple adverts per page, but Schaaf never liked that idea, instead moving to "native" picture-based advertising, which is sold via an in-house sales team. The "native" ad is "essentially another image in the gallery," and both users (who get the opportunity to up/down vote the ad) and advertisers love it.

Imgur does use ad networks, but Schaaf doesn't like this, telling me: "We work with about two dozen [networks], and so most of the ads you see are just from some random ad network, we don’t really have any control over it ... What kinda sucks about ad networks [is that] by the time you actually see the ad, you have no idea where it came from." 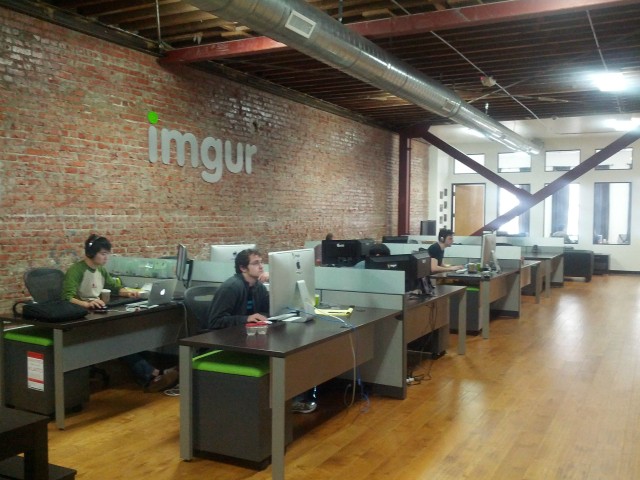 Schaaf is a well spoken man who's enthusiasm for his baby is obvious. Over a Skype call, you could feel his excitement as he described the running of the site as well as the way in which the site has grown and adds features. When I asked about the moment he realised that Imgur would be his job for the coming years, he explained that he'd been interviewing with a few major companies — Facebook, Microsoft, Google, AdMob — and kept coming back to the fundamental question: "Should I choose the more stable route and accept a job at [one of the big companies] or should I do something a little riskier but with much higher reward?" He chose the latter and that was when Imgur really got under way.

Imgur's growth has been of a velocity and magnitude that other companies can only dream about. Schaaf tells me that Imgur saw over 4 billion page views last month, coming from over 70 million people. Averaged out, over the past few years, Imgur's growth has been at a consistent 10% per month, every month (some months see highs of 50% growth). And there is no sign of stopping, as Schaaf notes: "Some companies go for 10% growth every year, and the fact that we’re doing that every month is pretty cool." According to Quantcast, Imgur has received over 21 million mobile visitors who are bringing in almost 331 million page views. Per month, Imgur handles almost seven petabytes worth of traffic, an amazing amount for a four year old company with only 10 employees.

The focus of Imgur is clear: create, or host, viral images. Whenever a video goes viral, it's on YouTube, Schaaf says. He wants Imgur to be the same as YouTube, just for pictures. "We want people people on the Internet to go to Imgur for their viral image fix. And what’s so awesome about images vs videos is that instant gratification. You don’t have to wait for the video to buffer [or] to load." A four minute viral video, like Psy's "Gangman Style," is a "huge investment of your time," whereas a picture takes only a few seconds of your personal time. "With Imgur, you could look at two dozen images in that time, you could look at more images than that in five minutes." The actual content of the image isn't important to Schaaf, it's the medium by which they are delivered. "We want Imgur to be the destination for viral images online," he said. 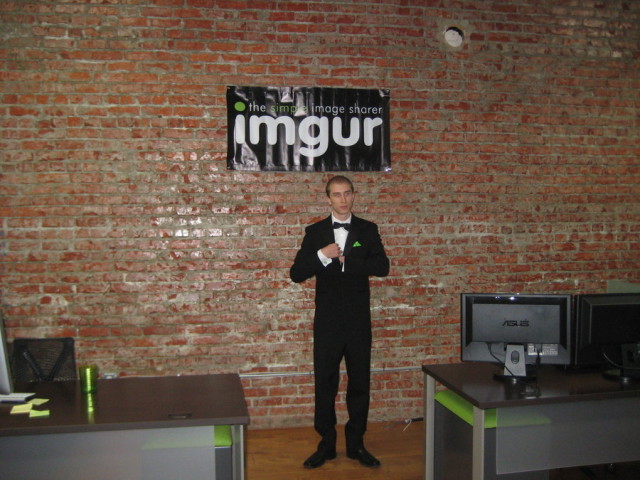 Alan Schaaf on the day Imgur moved into their new office

Imgur will achieve this viral dream with a two pronged attack: easy "hot link" sharing and the Imgur.com homepage. When you visit Imgur, you're greeted with a 4-across, infinitely scrolling grid of images that, according to Schaaf, is one of the main places that people go on the Internet to see viral images. Per month, over 24.5 million visitors arrive at the Imgur homepage and see the top images. That kind of exposure is sure to create viral images, and it does. "It's really interesting to watch this happen because some user submitted content is going viral because it started on Imgur. It used to be the exact opposite, where you upload your image and you share it out to the rest of the Internet and then it comes back around to Imgur," says Schaaf. If YouTube is the king-maker of video, Imgur is the king-maker of pictures.

Imgur's ambitions are, for the moment, still focused on images, rather than photographs. "We're not going the photography route," says Schaaf. "I think there is a real distinction between photos and images, and Flickr is for photos and Instagram is for photos. You wouldn’t put a filter on a meme, you'd put a filter on top of a photo that came from your camera." Flickr, and then Instagram, have both dominated in the photography communities because of their ability to display pictures in a way that anyone can access them. Imgur does offer a gallery feature, but will not follow in the footsteps of Flickr. "An image could be a screenshot, something that someone created in Photoshop, a meme, or a GIF, just something that does not usually just come straight from a camera. Whereas Flickr is almost exclusively for photos." Imgur does offer a "Pro" account for the fee of $24 per year, which removes ads and allows for larger image uploads. But Schaaf was insistent that Imgur is "not really focusing on professional photography at all," unless users really want the features.

Imgur is, in many ways, the perfect Silicon Valley startup. Schaaf created the company as a hobby to fill a need that he had and then it grew into a business right off the bat. In an interview with AllThingsD, Schaaf told them that the only time that Imgur lost money was the $7 for the domain. When I asked him, he replied: "Imgur has always been profitable right from the very beginning and the only time I ever had to spend money on it was for the initial domain name because as soon as I released it, people liked it so much that they were donating and so Imgur survived for the first six months just purely on donations." Imgur now employes 10 people, seven of which are engineers. While Schaaf wouldn't elaborate on turnover, Imgur is definitely making a sizeable amount of revenue per year.

A gif of the company employees, hosted on Imgur

Over the years, Imgur has built a vibrant community of image sharers and commenters, similar to that of Reddit. The Imgur community is "very similar" to the Reddit community, which helps those who have arrived from Reddit feel at home. Schaaf is quick to point out that there are "good differences between the two," mainly because Imgur is a photo-only network. The community also helps drive the direction of the site. Schaaf attributes a lot of what Imgur is today to user suggestions: "If a whole bunch of users want a specific feature, and we think that feature is pretty cool too, that that’s just what we'll do."

The rise of Imgur has been rapid, going from rags to riches in a time that most companies take to turn their first profit. The community is vibrant and Schaaf's dream that Imgur will become the "YouTube of images" is rapidly coming true. With Schaaf at the helm of Imgur, the company can only go up.