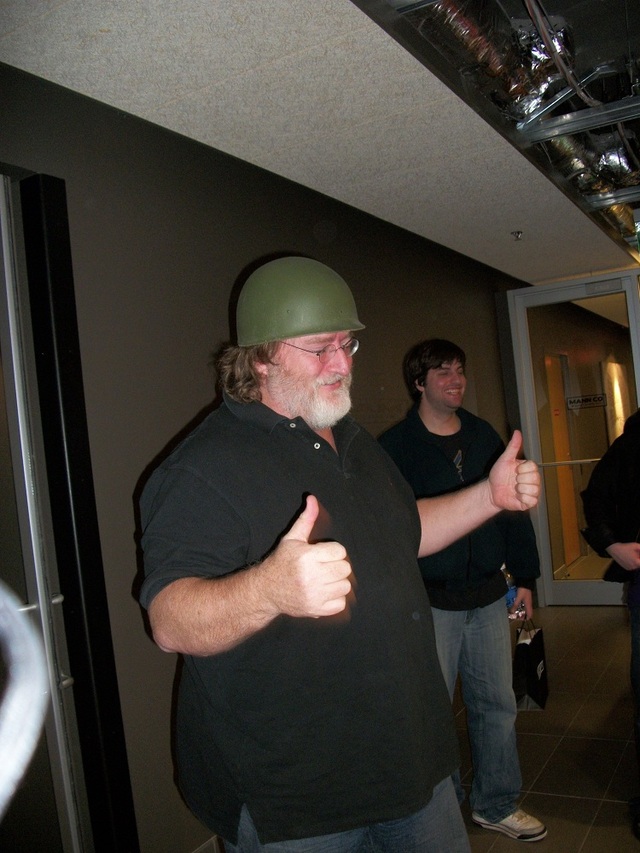 For the last 8 years, Valve's Source engine has been at the forefront of gaming. According to Valve founder Gabe Newell, though, that's about to change.

Last week, some folks from 4chan’s gaming board, /v/, decided to stop by Valve HQ for Gabe's (affectionately known as Gaben among fans) 50th birthday. They posted a video of the encounter on YouTube, and if you're patient you'll get to see his giant birthday card, and the Team Fortress 2-inspired Mann Co. crate they presented him with (they even charged him $2.50 to open it).

Buried somewhere inside the 52 minute video is this really interesting exchange between two fans and Gabe (skip ahead to 6:07 if you want to hear it):

Fan: Is Valve potentially already working on a new engine?

Gabe Newell: We’ve been working on Valve’s new engine stuff for a while, we’re probably just [incomprehensible, subtitled as: "waiting for a game to roll it out with"]

Fan: Is it going to be more than just an extension to Source? Is it an entirely new engine?

So there you have it, straight from the horse's mouth. Source 2, or whatever they end up calling it, is indeed in development at Valve. Come to think of it, it may not even be far from release, since there's already references to it in some of Valve's code. If we were betting men, we'd put our money on it launching side by side with Half-Life 3.