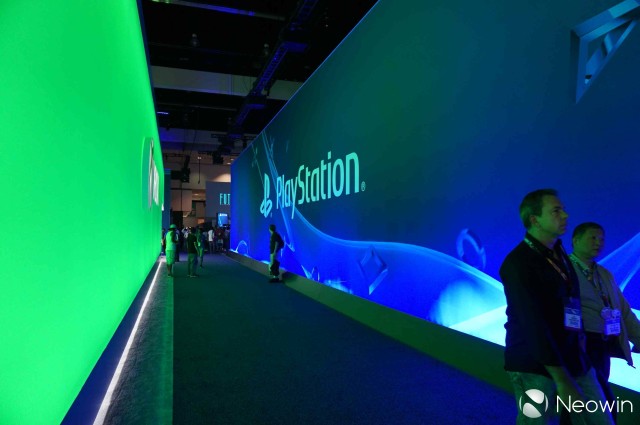 Sony was located in the center of West Hall surrounded by Nintendo and Microsoft. They had such a massive booth that they had a portion of it that wrapped around Microsoft's booth. Unlike Microsoft's booth, Sony employed a great deal of visible security. I assume this was done in case someone had a serious case of insanity hit them while playing LIttleBigPlanet 3, Shadow Fall Inception, or The Order: 1886.

Sony's booth had a more open air feel, as there weren't many walls that enclosed the area. They had a lot of demo stations that allowed guests to play over 30 of the latest and upcoming titles. Sony had large areas devoted to Destiny, Far Cry 4, Bloodborne, DRIVECLUB, Far Cry 4, LIttleBigPlanet 3 and the PlayStation Now. Sony also had a large corner of their booth dedicated to the upcoming title, The Order: 1886.

This is only the first day of E3. Stay tuned as we have two more days of coverage and follow us we head to other parts of the show floor to bring you some of the most interesting tidbits at E3 2014.