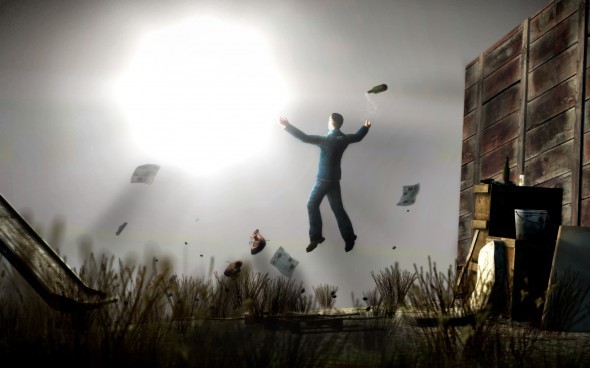 One of the first independent games that was released on Valve's Steam download service has reached a major milestone. Today the official web site for the sandbox game Garry's Mod announced that the game has exceeded one million unit sales. According to the site the 1 million sales mark was achieved over the weekend.

In announcing the sales milestone, Garry's Mod's creator, UK-based Garry Newman, stated, " ... this is a pretty big deal for me considering this all started off as a tiny tiny modification about 6 years ago. This is more than I could have ever expected or wished for!" Newman also thank the various official and unofficial team members who have worked to add and improve Garry's Mod over the years. The post also has a link to a graph that shows how sales of the game have evolved over the years on Steam. There have been a number of sales spikes over the years, most of which are due to special sales and temporary price cuts for the game that is priced normally at $9.99. The most recent and biggest sales spike happened just this month during the Valve summer sales event where sales got close to 11,000 units a day.

Released first as a free mod for Valve's Half-Life 2 in 2004 just after the release of the game itself, Garry's Mod allows the user to manipulate in-game objects and is used frequently to create odd in-game poses and creations. In 2006, Garry's Mod turned into a commercial game but still requires that at least one full Source Engine-based game be installed on a PC in order to work. The sales success of Garry's Mod has allowed Newman to form his own game development company, Facepunch Studios, where he and his team continue to update and improve Garry's Mod.