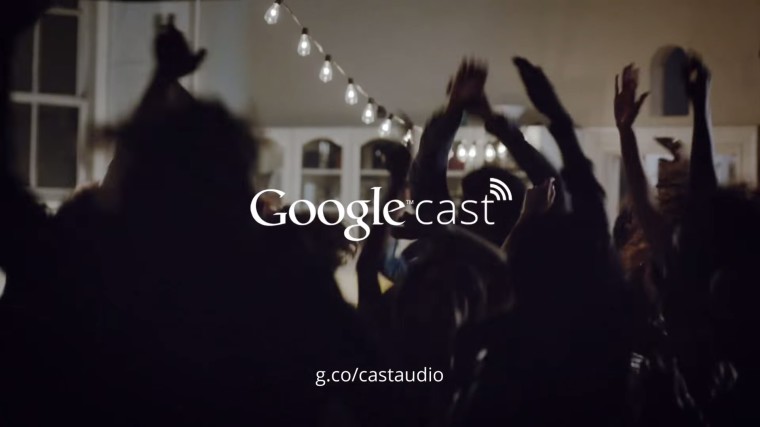 The Chromecast was a really disruptive gadget in the sea of media players. It took away the hassle of dealing with wires and allowed a user to stream media straight from their phone onto a TV, all for an extremely low price tag. Google continues to see the potential in such a device - probably because it is so cheap to produce - and have now expanded the technology into speakers and A/V receivers as well.

Provided a user owns a "Google Cast Ready" audio system, streaming audio will work exactly the same way as streaming media to the Chromecast, and it appears that it will immediately support all of the audio apps that are already supported by Google Cast, including Deezer, Google Play Music, iHeartRadio, NPR One, Pandora, Rdio, TuneIn (among many others) out of the box.

Google mentions that leading brands like Sony and LG are already producing Google Cast Ready speakers which should be available in Spring (that's around late March to early June) with more products being released shortly after.

Among the chip makers who'll be producing the hardware, they've already got support from Broadcom, Marvell, MediaTek. The last one of the three is the most interesting because it means we're likely to see the Chinese market explode with various supported products, including most likely a super cheap (<$15) Google Cast for audio dongle that can plug into any 3.5mm or optical port. Cross your fingers for it, anyway.

The official website for Google Cast with audio can be accessed here. Check out the video for the Google Cast for audio below: