Google has again dropped the price for the Nexus 6P and Nexus 5X as part of a Valentine's Day promotion. Although this isn't the first time we have seen Google drop the price of its handsets, it's a bit of nice surprise for those that might have been eyeing a new Nexus 6P or Nexus 5X. 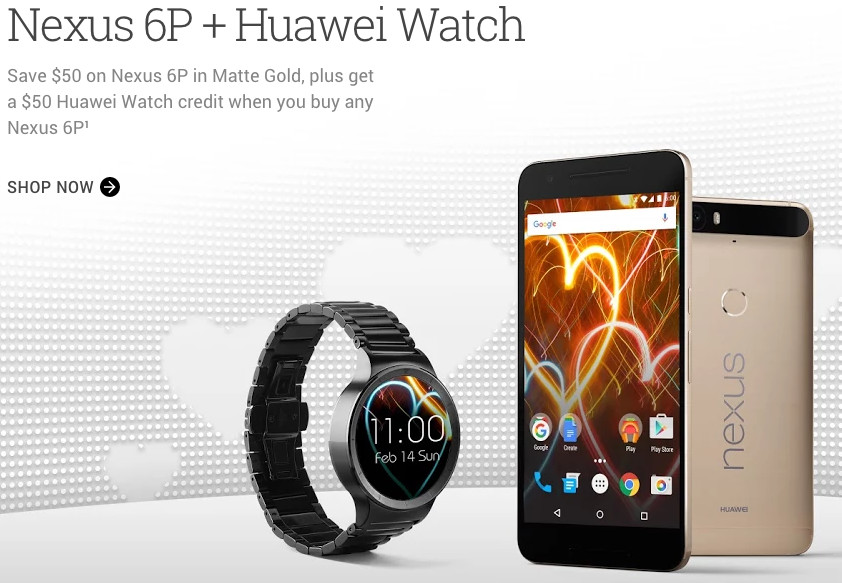 For those that have been clamoring for a good deal on Google's best, the Nexus 6P has been dropped in price by $50 in the Matte Gold color. As a bit of a bonus, Google is also throwing in a $50 watch credit for those that might be interested in purchasing a Huawei Watch. 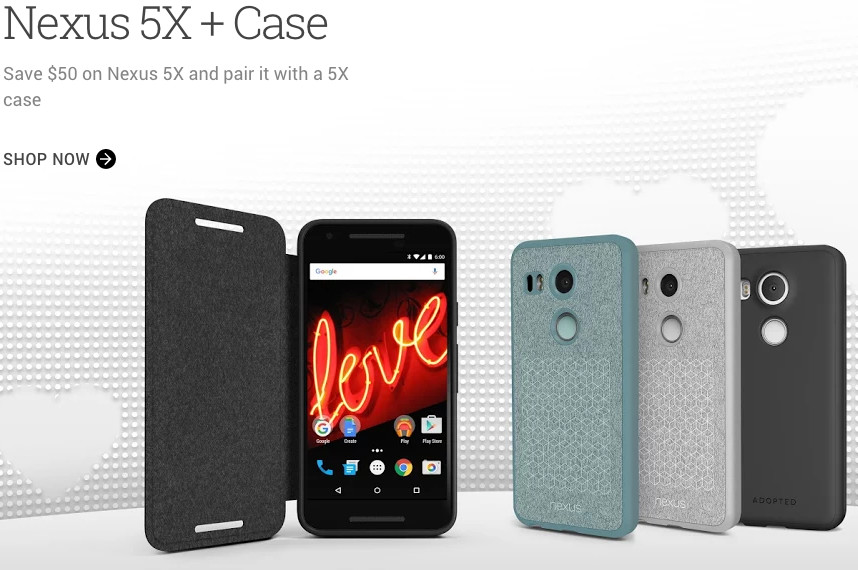 If you aren't interested in Google's top-tier, the company is also offering the same $50 discount on its other Nexus smartphone, the Nexus 5X. Luckily, for the '5X', users can choose whichever color (Carbon, Quartz, Ice) they like and still get $50 off the current price. Those that don't fancy purchasing the handset directly from Google, will also be able to purchase the Nexus 5X from Amazon for the same price.