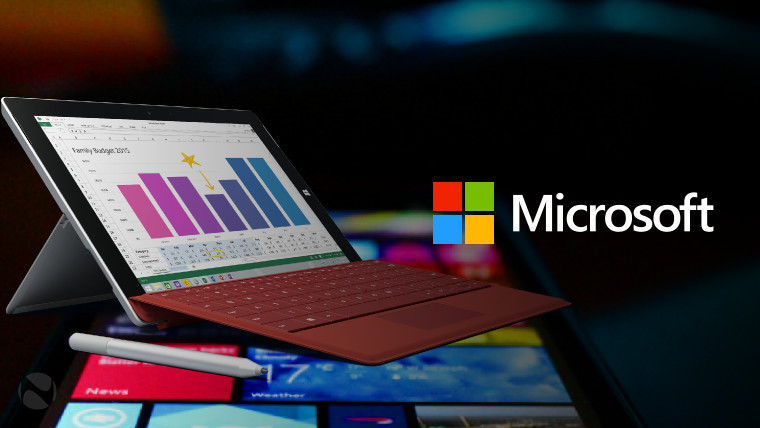 Today Microsoft has published its financial results for the company’s Q2 of fiscal year 2016. These results cover the holiday season and the company's Windows 10 push. During Q2 Microsoft has earned $5.0 billion net income on 23.8 billion revenue ( GAAP values). Earnings per share were $0.62 with Microsoft also returning $6.5 billion to investors in the form of repurchases and dividends over this quarter.

Compared to previous quarters this represents a nearly 10% decrease in revenue with a 15% decrease in net income over the same period in FY 2015. Amy Hood, the company's CFO explained:

When breaking down the figures between different Microsoft divisions an interesting and consistent image comes into focus. First up revenue in the "Productivity and Business Processes" declined 2%. This is the division that includes Office 365 and business-oriented tools like Dynamics CRM. Indeed the company does actually also focus on Office 365 specifically, highlighting the fact that it's revenue grew by 70% ( in constant currency) while also reaching 20.6 million subscribers.

Secondly the cloud business has continued to grow with Azure revenue up 140% year over year, and an overall growth for the entire division of 5% in revenue ( 11% in constant currency). 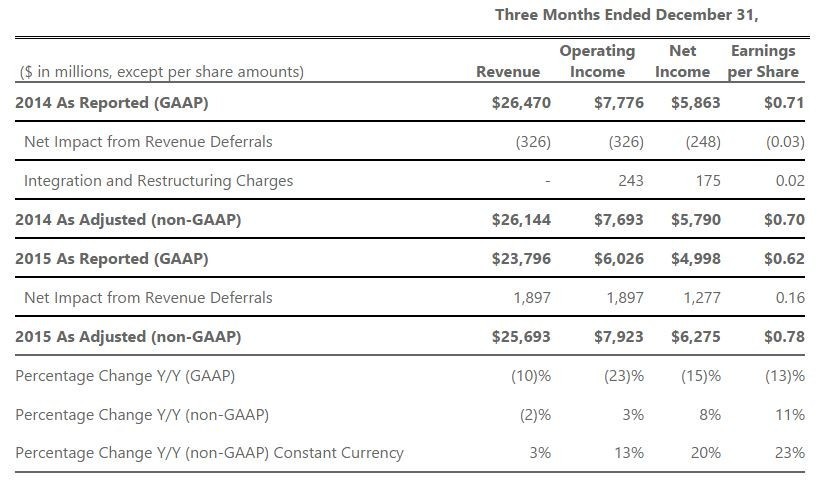 Finally Personal Computing revenue is down 5% ( or 2% in constant currency) mainly thanks to the declining revenue from OEMs licensing Windows. However, Microsoft notes that this decline still came above market performance.

Another high point in this category is Surface, whose revenue increased by 29% ( in constant currency) thanks to the launch of the Surface Pro 4 and Surface Book over the holiday season. Xbox Live monthly subscribers also grew by a substantial 30% year-over-year "to a record of 48 million". 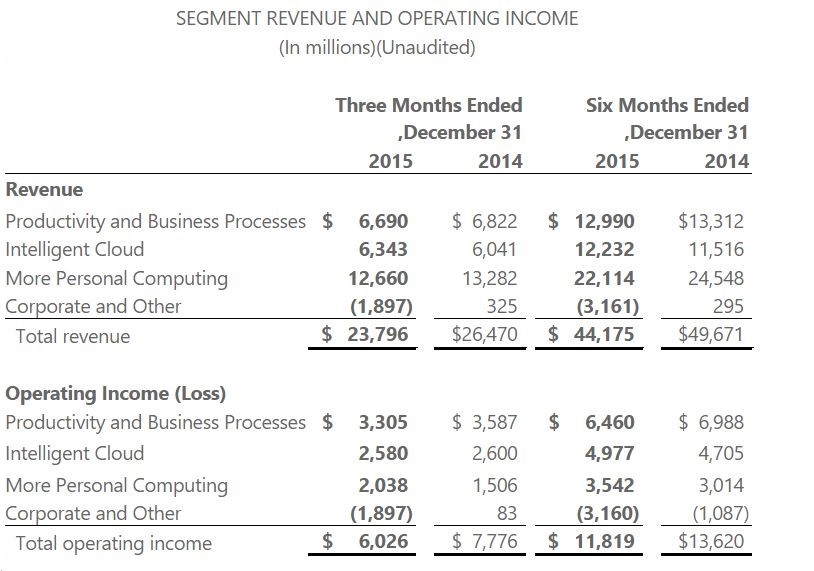 Unfortunately, though not unexpectedly, this earnings report ends on a low note with phone revenue declining 49% ( in constant currency). Microsoft has pulled back from the Lumia line and its push into the mobile market. The recent launch of the Lumia 950 and 950 XL seem to have done very little to help the company's bottom line in this category. The company sold only 4.5 million Lumias in Q2 2016.

Overall these are quite positive results for Microsoft with its future-facing businesses, like cloud and Office 365 seeing continued and consistent growth, while its older divisions like Windows are weathering the storms of the PC market and outperforming it.