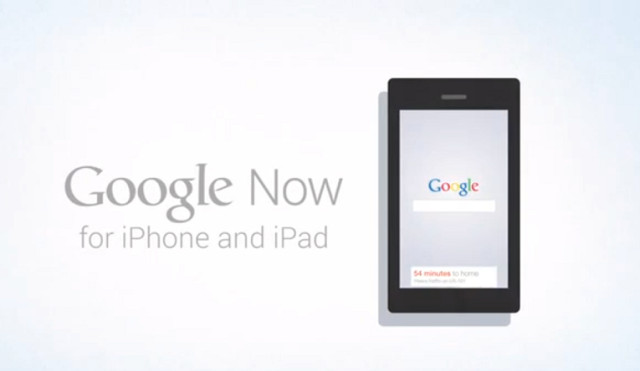 Google Now is finally available on iOS. We reported that it was coming, a while ago, but users can now actually download and use the app.

Google Now is Google's predictive search service that uses all the info it knows about you to predict what type of data you'll be interested in; it then presents this data in the form of cards. These can show a multitude of things including weather in your current location, traffic jams, movie tickets and so on. Now is a very impressive service that only gets better the more you use it; it also makes a big difference if you use other Google service such as Gmail, Docs and Calendar.

Google Now has been integrated into the iOS Google Search app and is now accessible to users through a simple upgrade in the App Store. After updating, folks still have to activate the service by signing into their Google Accounts and giving the app permission to run.

There a few major differences between the way the app works on Android and its iOS counterpart. The iOS version is somewhat lighter and it can't currently provide all the same information that the service provides on Android. Cards for airline boarding passes, nearby events, and others don't currently work on iOS.

Another major difference is that the iOS version of Google Now doesn't use push notifications. Google says they are currently investigating the best way to make use of such notifications but for now, Apple's customers will need to actually open the app in order to see the info cards. And lastly, Now doesn't use GPS location info, it only uses Wi-fi. This preserves battery life but it also decreases the accuracy of the info users receive.

All in all, the app is fairly impressive especially for v1.0 and if the company continues to update it regularly and bring it up to par with its Android offering, then iOS users are certainly in for a treat.