Google’s recently announced Plus social networking service has re-opened its doors to invites after temporarily shutting them down last week. While the site still requires you to be invited by someone who is in the service (hence it is not fully open to the public at the moment), if you are a registered Google+ user you can now invite your friends, family, or whoever you like.

As a reminder, to invite someone you can go into your Circles from the Google+ top button area, click on Add a new person, enter an email address and choose a circle for this person to go into. Once you click Save, a bar along the bottom will appear with a green button marked Invite - click this button and an invitation will be sent via email. Also, if you were sent an invite and tried to accept after Google shutdown the invite process, these invites should have been reactivated, allowing you to use previous invites to get in if you haven’t already. 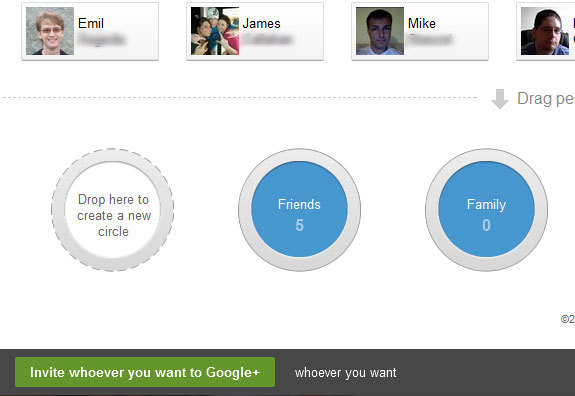 During the time where Google+ invites were deactivated, there were several methods to still invite people and bypass the Google-initiated block. A popular one used by people in the Neowin forums was to enter a specific email address as a person to share a post with; the person was then automatically created a Google+ account and via the email sent, could log in. As Google has re-opened the invites, this should no longer be necessary.

The Engineering Director of Google+, Dave Besbris, confirmed the invite system is back, but warns that they will still be throttling invites

As Engineering Director of Google+, I wanted to take a moment to explain why we're growing the system slowly. First, we want to make sure our infrastructure scales so the service remains fast and reliable. Second, we want to ensure that bugs are fixed while there are still a relatively few people in the field trial.

Things are going well with the systems right now so we feel comfortable enough to open up invites for a brief period. Our goal is to double the user base in the field trial. (Sorry, we're not giving details about how many folks are in the field trial yet).

So, in a few minutes, we'll open up invites again.

We continue to throttle invites, so please don't mass invite folks as it won't work. If you invite a handful of your most important friends and family you're much more likely to get these folks into our system.

If you are still without an invite, please feel free to request one in the massive Google+ Invites Thread in our forums.

Update: The system is fluctuating between online and offline, which is most likely a result of Google throttling invites. If you cannot invite people to Google+ right now, either try the bypass method listed above or wait until the system is back again.