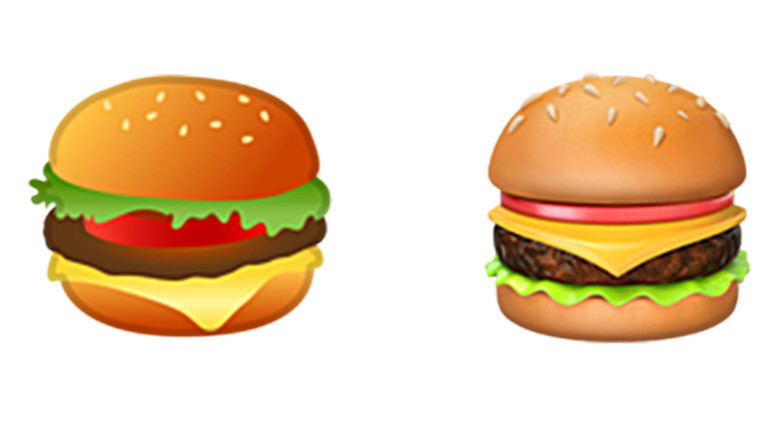 The CEO of Google, Sundar Pichai, should be acknowledged for his swiftness in resolving a crisis which developed in the emoji department over the weekend.

In the early evening on Saturday the 28th of October 2017, upstanding citizens began raising their concerns about the disturbing placement of the cheese in Google's hamburger emoji. They presented extensive research which displayed a discrepancy between where the cheese had been placed by Google versus where others had placed the cheese.

I think we need to have a discussion about how Google's burger emoji is placing the cheese underneath the burger, while Apple puts it on top pic.twitter.com/PgXmCkY3Yc

This sparked a Twitter conversation spanning the globe, where people started feverishly examining many different hamburger emojis, interrogating their placement of cheese. But it didn't stop there, other emojis quickly found themselves under close inspection. Thomas Fuchs, a man of the people, exposed some vital flaws in some of Google's other emojis; including its beer emoji, which is apparently able to defy the laws of physics, and Google's cheese emoji which is nothing short of just a pack of lies.

Hmmmm, Google, this is not how beer works pic.twitter.com/rLsmThcLKM

The holes in Google’s cheese are just painted on ? pic.twitter.com/s8JBCvzCNO

Thankfully, before all semblance of unity and order was lost, the CEO of Google managed to quickly allocate resources to move the cheese in the emoji. The cheese was placed above the patty and many of the concerned citizens applauded this noble and quick motion by the CEO. But with the people now fixated on the nature of hamburger emojis, the more devout members of the mob quickly turned on Apple's hamburger emoji, which had placed the lettuce under the patty. According to Danish folklore this means that the lettuce could be cooked or made soggy, ruining everyone's day.

It has not been confirmed how much this incident will effect Google's overall performance and earnings, if you were personally affected by this incident please contact us here at Neowin to share your experiences, we will be holding a candlelit vigil in Seattle on the 5th of November.

Image from Emojipedia via The Daily Dot