It's been about a month and a half since I reviewed a new Dell XPS 13. After all, the last time it was refreshed was late last summer, making it the first to include Intel's new 10th-generation 'Comet Lake' processors. I walked away from that review wondering when Dell would simply cancel the product. After all, the XPS 13 2-in-1 now includes a proper U-series processor, along with Iris Plus Graphics, making it a superset of its clamshell sibling in almost every meaningful way.

And then came CES, and Dell announced a redesign of the XPS 13. This PC is now just 2.64 pounds. It's thinner, and it comes in a smaller footprint.

On a PC that has some of the narrowest bezels around, Dell shrunk them down even more for a 91.5% screen-to-body ratio. Both the bottom and top bezels are smaller, but the top bezel now finally includes an IR camera for Windows Hello.

This is a big deal. Dell introduced an IR camera to the XPS 13 a couple of years ago, back when the webcam was still on the bottom of the screen. When the shrunken-down webcam was placed on top of the screen the very next year, the IR camera was removed. So now, it's back, and that's a very welcome addition.

Dell didn't use a MagLev keyboard like it did on the XPS 13 2-in-1. I'm told that this is because while some people love MagLev, some people don't. The keyboard is a standard rubber dome, and it has 1mm key travel, so it's still a bit shallower than some keyboards. It definitely feels good to type on though, something I'd expect from an XPS machine.

The new XPS 13 is just 14.8mm thin at its thickest point, so it's thinner than before. It's also not as much of a wedge shape. I've always thought that XPS 13 laptops felt a bit on the thick side, probably because they've always had such small footprints. This feels more like the width matches the size of the chassis.

There are only two Thunderbolt 3 ports on this machine, along with a 3.5mm audio jack and a microSD card slot. That only means that there's one fewer USB Type-C port from the previous generation. There's also no battery life indicator anymore. I always liked the little button that would light up a series of LEDs to indicate how much battery you have left, but that's really not an important feature.

The colors are the same. There's the standard gray with black carbon fiber interior, or silver with white woven glass fiber interior.

This is going to be a killer laptop, and I'm excited about it. Dell told me that it's going to continue to produce the Comet Lake model, just because Comet Lake does have its pros over Ice Lake; however, this reviewer will always suggest the Ice Lake models. 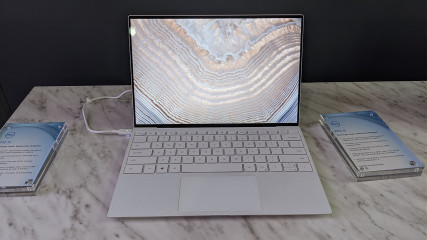 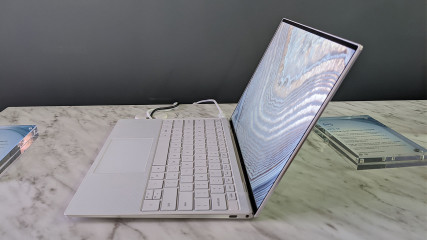 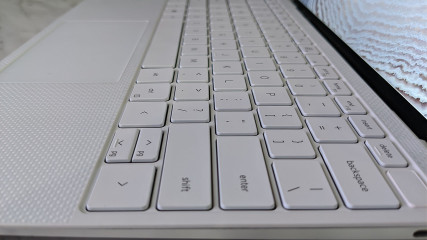 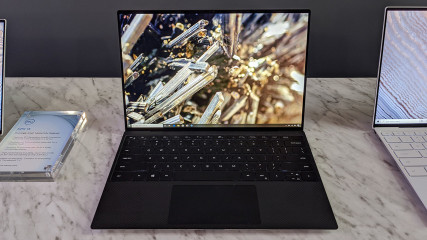 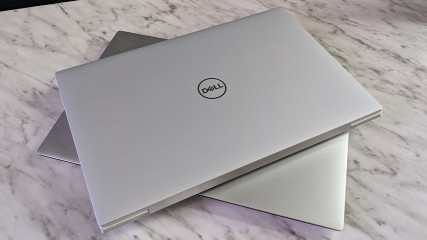 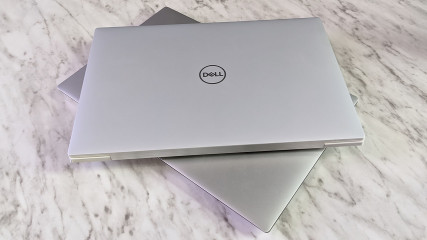 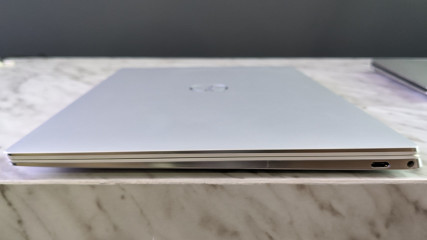 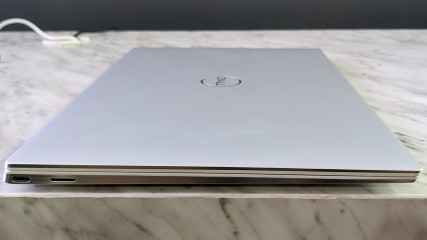 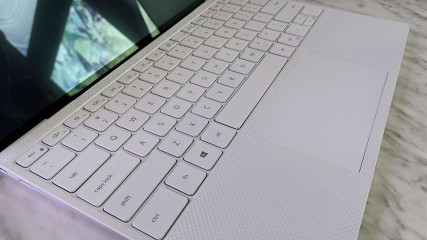 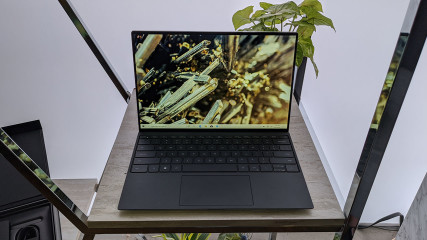 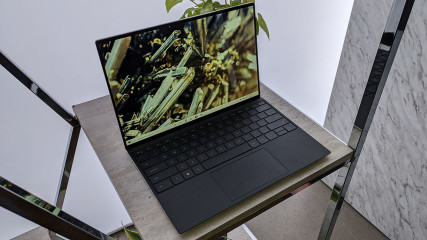 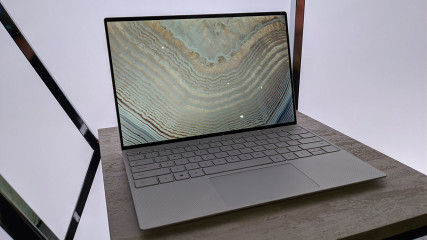 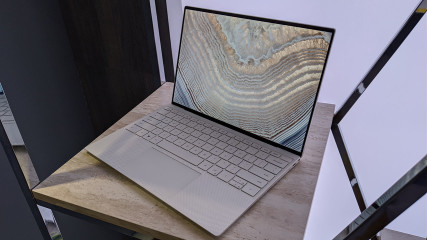