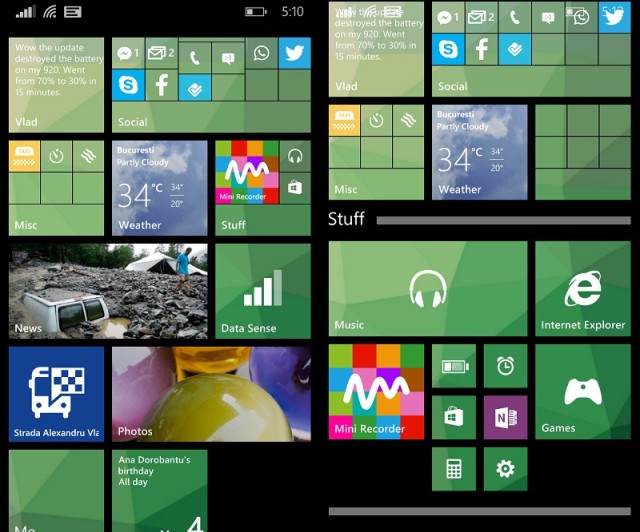 Final result: a Start Screen where I keep a lot more apps!

Windows Phone 8.1 Update 1 was just released to developers and here’s our hands-on with the updated OS.

One of the most evident new features for the platform is the addition of the new Live Folders. These allow users to group Tiles on their Start Screen and keep apps better organized. However, they also allow for the benefit of Live Tiles to show users info, without them having to go into the app.

The Live Tiles feature works exactly as you’d expect if you’ve ever used a smartphone. Users can drag and drop tiles on top of each other, and this will create a folder. The folder can then be renamed and it will display whatever apps are set inside of it. What's a bit strange is that taking apps out of a folder is a cumbersome and slow process as you need to close it every time you move an app. Renaming is also a bit of hassle, you have to long press that grey bar, or the folders name and it doesn't always work on the first try. 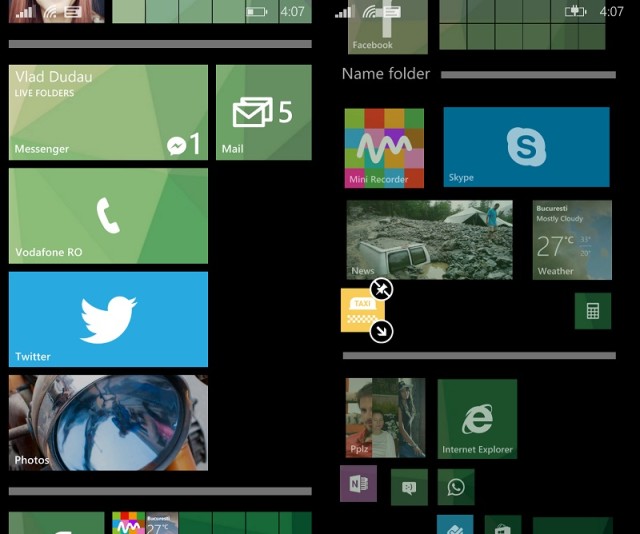 Inside Folders, Tiles can be re-sized to fit the users' liking

What’s interesting is that the Folders themselves act as Live Tiles. You can rearrange them, change their tile size, mix and match apps around and they’ll look natural, plus they’ll still display useful info on your Start Screen.

Once opened, a Folder acts as its own little Start Screen in and of itself. Inside a folder you can pin tiles, change their sizes, and rearrange them around and so on. The execution of this is very interesting and it will allow users to get creative when organizing their apps. 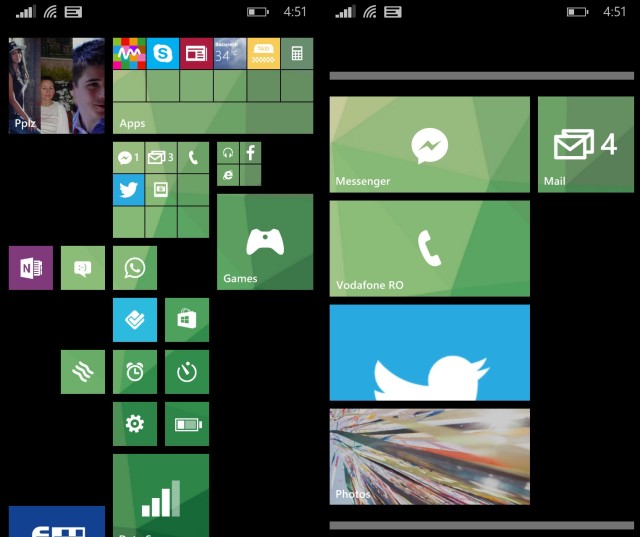 For example if you’re super fond of large tiles that show a lot of info, but at the same time you want to keep your start screen neat and clean, now there’s an excellent solution. You can create a folder, set it to its smallest possible size and throw in your favourite apps. Then when you open the Folder all the apps’ tiles will pop out at the maximum size. It’s a bit hard to imagine but the screenshots above and below explain it all. 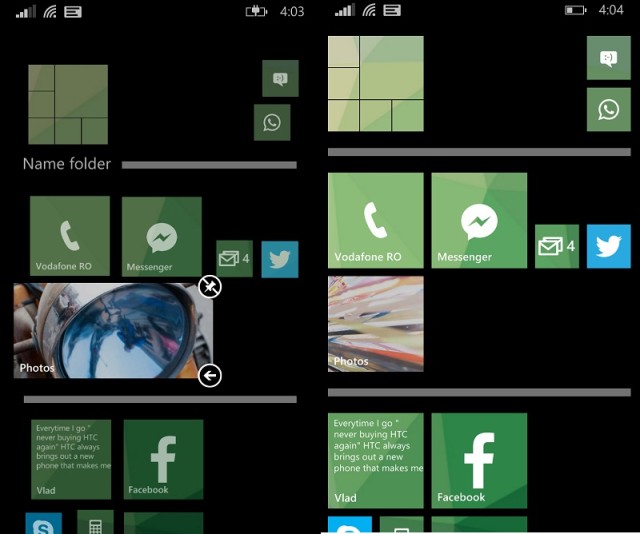 You can drag and arrange Tiles inside of Folders

Though some of you may never use this feature, being content with the usual tiles, the new folders fit in very well with the whole Modern UI and Windows Phone experience. There’s no doubt that lots of users will find this feature useful.

If you want to know more about Windows Phone Update 1 keep checking back as we'll have more hands-on articles later on. If you have any specific questions about the update leave us a comment and we'll do our best to answer it.