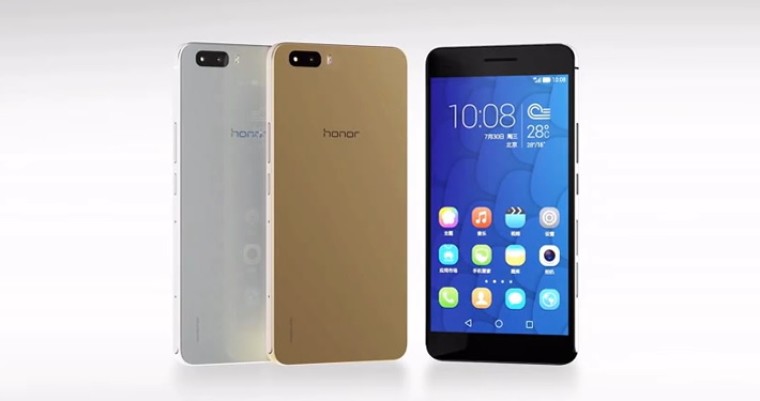 Huawei's Honor brand may have begun as an ecommerce-focused brand but a new partnership with Three UK looks set to change that. Announced at MWC, the partnership means that Three will bring Honor devices to customers on the high street and this looks set to begin with the Honor 6 Plus, which is launching on May 1st.

Announced back in December 2014, the Honor 6 Plus comes with flagship-level specs including a 5.5 inch Full HD 1080p display and dual rear 8MP cameras. The dual cameras combine to capture 13MP rich-in-detail images and also allow you to refocus the bokeh effect after you've taken the picture. The unit also has an 8MP front facing snapper and other notable features include LTE Cat 6, dual 4G SIM support, a 3600 mAh battery and an all-metal build that is just 7.5mm thick.

The whole package is powered by an octa-core Kirin 925 chipset in big.LITTLE configuration and despite the impressive specs, the Honor 6 Plus will only cost £299.99 off contract. The price is £50 more than the Honor 6 and means that although Honor now have a retail partner, their devices will still continue to be affordable.

If you want to be sure of being first to get the Honor 6 Plus, you can also pre-order one through Amazon from April 6th. The price is likely to be the same but if you want to try-before-you-buy, then most Three stores should have the handset available to try out by the May 1st release date.