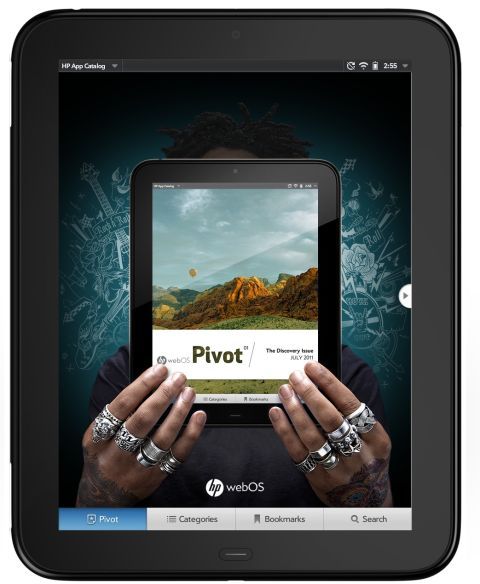 As HP prepares for the launch of its WebOS-based tablet device, the TouchPad the PC company is now announcing some interesting original applications that can be used with the TouchPad. In a press release today, HP announced Pivot, which is basically a digital magazine that doubles as a catalog for TouchPad users to find WebOS apps. Pivot will be released and updated over the air monthly for users of the TouchPad tablet. In a statement from HP, vice president Richard Kerris said, "We want our partners to experience webOS as the growing platform of opportunity, and we’re investing in new ways to help market their applications on our platform."

According to the press release, Pivot will have "original content by journalists and photographers affiliated with leading publications." Pivot's content will include things like "columns from notable guest writers sharing their perspectives on digital culture, feature stories focused on applications around specific topics, and in-depth reviews." The app will be made available for a number of different languages including English, French, German and Spanish.

In the same HP Pivot press release, the company revealed that recently formed game developer Feerless Games will be making a game title for the TouchPad and its WebOS operating system. Details about the game were not revealed. Feerless Games was formed several months ago by former LucasArts team members Haden Blackman and Cedrick Collomb.

As previously announced, HP is still on track to release the TouchPad tablet on July 1 in a WiFi only version. The 16 GB model will be priced at $499.99 while the 32 GB version will retail for $599.99.