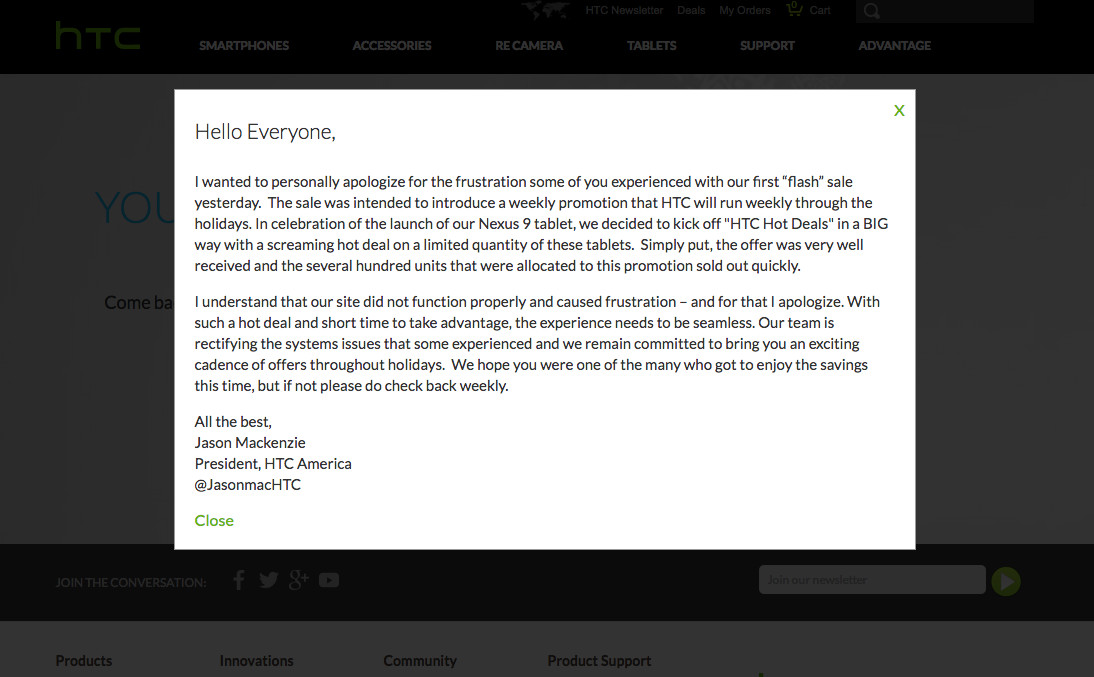 Yesterday, HTC offered its recently released Nexus 9 for a special price of $199 USD. Since the deal was limited, many folks who navigated to HTC's site in an attempt to purchase one were met with an aggravating experience, leaving them empty handed. Today, HTC has posted a public apology on its site, promising a smoother experience with future promotions.

Jason Mackenzie, President of HTC America, offered his apology today to those that experienced any issues when trying to make a purchase during yesterdays "HTC Hot Deals" event. In the letter, Mackenzie apologized and promised to rectify the issues by making future interactions seamless. Frustrated buyers will be able to put this to the test next Tuesday, when HTC will again announce a new hot deal starting at 9am PST.

Although we doubt they will offer another Nexus 9 tablet, HTC still has quite a handset arsenal in the forms of the HTC One M8, M8 for Windows, and HTC One E8. HTC could also dip into its mid-range line of products with the Desire 816, 612, and the Desire 610. While its still unknown what might be offered as a hot deal, it's clear that HTC has many exciting options available for future promotions.