After prior release in Europe and Asia, the long awaited HTC Magic looks set to go on sale in the United States rebranded as the myTouch 3G. Mobile network operator T-Mobile U.S.A. will be carrying HTC's second Android based handset and will start taking pre-orders from current customers starting July 8. These orders are expected to ship in late July, whereas others can get the device nationally by early August. The myTouch 3G will cost $199 with a 2 year contract. 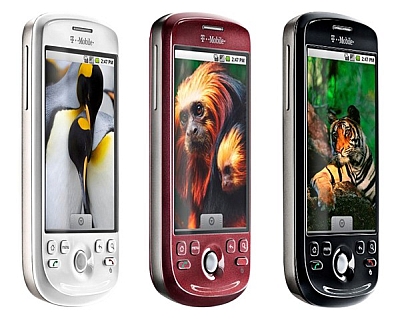 The myTouch 3G will be available in 3 colours: White, "Merlot" and Black

The myTouch 3G is widely regarded as an update to T-Mobile's G1 Android handset. It features the "Cupcake" update, which brings a virtual keyboard (available both in landscape and portrait modes) and the ability to record videos. The myTouch 3G also fixes some problems which plagued the G1, such as poor battery life. The myTouch features a larger battery which should equate to longer battery life. The device will also include Microsoft Exchange support.

The HTC Magic, when first released in Europe and Asia, received a very positive response from users in general over its great styling, beautiful screen and long battery life. If you wish to learn more about the device, you could check out a review of the Magic by our forum member mrk.