According to the folks over at The Verge, HTC is planning on implementing Beats Audio in their upcoming Windows Phone 8 smartphones, marking the first time the audio enhancement technology has been used with Windows Phone devices. The mid-range HTC Accord is apparently going to be the first device from HTC that uses Beats Audio, with branding on the rear of the device. 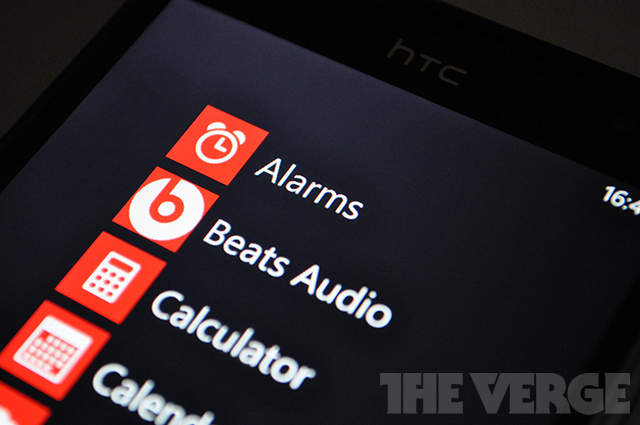 HTC Windows Phones with Beats Audio will come with a special Beats Audio application that allows you to control the feature on your phone. While the HTC Accord is currently "confirmed" to get Beats Audio, the company is considering adding it to their other two rumored devices: the "Rio" and "Zenith"; The Verge has an 89% accuracy rating.

Older HTC Windows Phones included SRS Enhancement options to improve sound output, but since their partnership with Beats, several Android devices have been released with the functionality (like the One X, One S and One V).

HTC is expected to announce their new Windows Phone 8 devices in the third week of September.