Huawei is slated to announce its latest flagship smartphones at an event in Paris on the 27th of March, but leaks seem to be spoiling that party already, as the P20 Lite makes an early appearance.

Last week, the standard P20 smartphone made an appearance through the Chinese certification authority TENAA and now prolific leaker, Evan Blass has posted the image of the P20 Lite on Venture Beat along with a few specifications of the as-yet unannounced device. 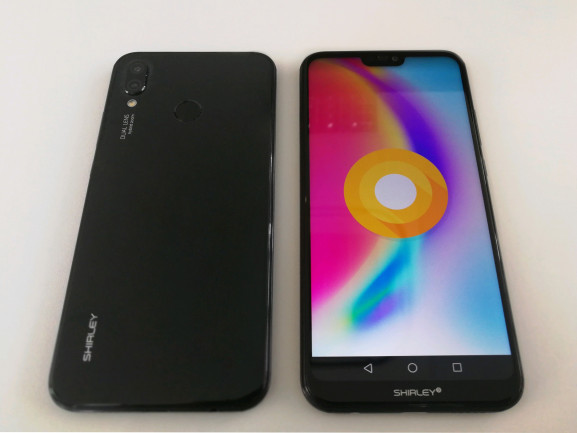 The P20 Lite is expected to feature a 5.6-inch screen with a 18:9 aspect ratio and a resolution of 1080x2250 pixels. At the top of the screen, Huawei has included a notch which houses sensors and the front facing camera, similar to the iPhone X and the recently leaked OnePlus 6. Under the hood, the device will feature Huawei's own mid-range Kirin 659 chipset seen on the Honor 9 Lite, and it will include 4GB of RAM and 64GB of internal storage powered by a 3520mAh battery.

Despite being a mid-range smartphone, the P20 Lite seems to include a Leica-designed dual camera system with 16-megapixel sensors. On the software side, the device will include Android 8.0 Oreo layered with EMUI 8.0.

Huawei is alleged to launch the P20 and P20 Pro smartphones at its Paris event and it remains to be seen whether the P20 Lite - notch and all - will also make an appearance.