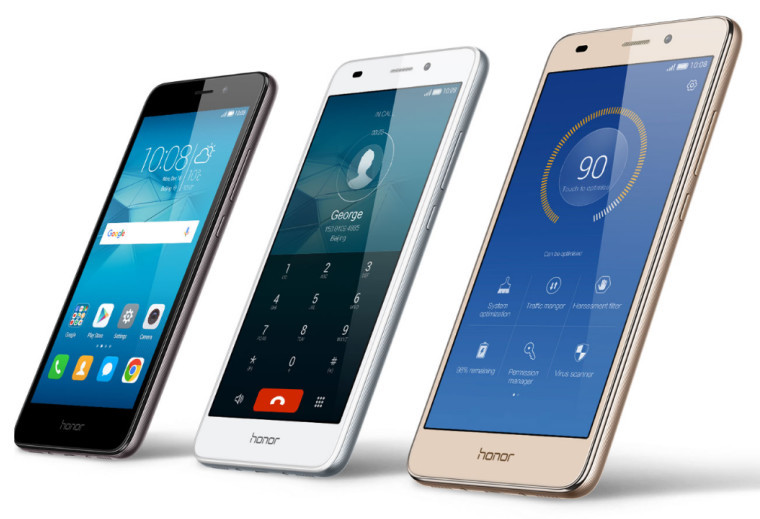 In April, Huawei unveiled the Honor 5C in its home market of China, and today, the device has gone on sale in Europe.

Honor - which Huawei says is "the world's leading smartphone e-brand", and which it promotes under the tagline "For The Brave" - says that the 5C "brings state-of-the-art smartphone essentials to its young and courageous audience".

Referring to a new device as a 'brave' choice, and one that requires 'courage' to purchase, might seem a bit odd - but quirky marketing aside, the Honor 5C has a lot to offer at a remarkably low price. In addition to a "diamond-polished, aircraft-grade aluminum-alloy body which is topped by a scratch-resistant anodized coating", the handset's key specs include:

Curiously, the fingerprint sensor shown on the Chinese model unveiled a few weeks ago is nowhere to be seen on the version launched in Europe today.

The Honor 5C is available in gold, silver and grey, and goes on sale in the UK today priced at £149.99 SIM-free, via Huawei's Vmall online store, as well as Amazon, Ebuyer, Clove and Expansys. It will be offered on contract or on pay-as-you-go via Three UK from August.

The device is also available today from Vmall in several European markets, priced at €199.

Editor's note: This article was updated after publishing to clarify that the European model lacks the fingerprint sensor that was shown on the Chinese version a few weeks ago.