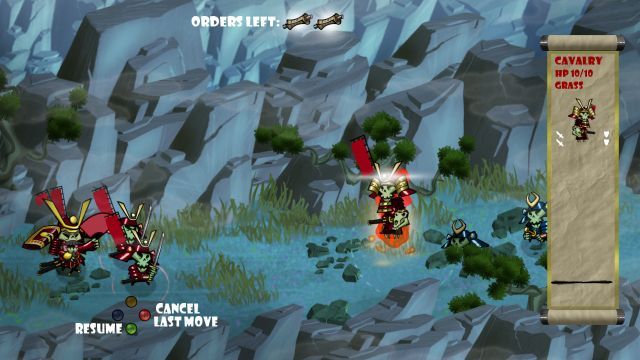 When Windows 8 launches on October 26th, people who check out the Windows Store feature will be able to choose from quite a few games. One of them is Skulls of the Shogun, the debut game from small indie developer 17-BIT Studios. The team behind the game worked previously at Electronic Arts on Command and Conquer 4.

The game was first announced over two years ago, and since then Skulls of the Shogun has turned into a showcase of what game developers can do with Microsoft's various platforms. Versions of Skulls of the Shogun will launch for Windows 8 (where it will be a PC exclusive) along with Windows RT, Xbox 360 and Windows Phone 8. In addition, there will be asynchronous multiplayer support, allowing players to compete against each other across all four platforms.

We got 17-BIT co-founder Jake Kazdal to talk more about Skulls of the Shogun and how working with all of Microsoft's gaming platforms at the same time has worked out for the developer.

First, can you tell us about 17-BIT Studios?

17-BIT was founded with the dream of continuing the 16-bit legacy using today's vastly superior hardware and software. Skulls of the Shogun is a game that totally could have existed on Super Nintendo or Genesis, it just wouldn't have the fantastic AI, the juicy visuals, the tons of animations, etc. With today's processing power and ram, we can recreate the genre's of that era that have all but evaporated in todays AAA market, only this time much, much better. Snagging the cutting edge AI, tons of ram for animations, sound, and HD textures, and cramming that down the throat of awesome classic genre's is our top priority.

I wasn't surprised, the PC market is changing vastly, quickly, and Microsoft needed to evolve to survive. I am most excited about having a full OS on a tablet, with a USB port and a stylus. I'll always have a workstation at work, but the ability to actually create content and use a tablet like a PC is something of great interest to me. iPad never really worked for me.

How did the idea for Skulls of the Shogun come about?

I wanted to do an arcadey turn based strategy game like my favorite 16 and 32 bit games, like Shining Force and Advance Wars. These games are about as fast paced as most turn based strategy games get, and I wanted to take that even further. I had spent over 4 years at Sega in Tokyo, and spent a lot of weekends hiking and camping in the forests and countryside, and had a deep love of samurai culture as well as Japanese mythology and ghost stories. During my years in Japan I also developed a deep respect and love for classic 60's and 70's anime as well. Mix and stir, and out pops Skulls of the Shogun!

How does this game differ from other turn-based strategy games?

We spent a lot of time and design effort making it feel as much as possible like an action/arcade game. One to one movement like an action game, no grid, bare minimal sub-menus, short, limited amounts of moves per turn, and finite resources. The visual style stands on its own and feels very different than the typical western turn-based strategy games which tend to be traditional Fantasy, modern or future military. I really wanted it to be cute, attractive, and most of all just look like a really fun action game to jump into. The game has been a massive hit at trade shows, we win nominations and awards at every show we go to, in fact we won Best Strategy Game of E3 2011 from both 1up and Gamepro!

The game was announced over two years ago. Why has it taken so long to develop?

Well at this point, we basically have 4 separate versions of the game, all playable against each other, on 2 brand new platforms. We will be shipping on XBLA, Windows Phone, Windows 8 desktop/tablet, and the Windows 8 RT ARM-based lighter, more iPad-like version of the tablets. Launching on TWO brand new platforms is a huge challenge even for the biggest most experienced teams, for just our two (although very seasoned and extremely capable) engineers this has been a massive task. Then throw in the fact that we're one of the first asynchronous titles that can play between all 4 versions as well as cloud saving inter-compatibility and you can start to see why it has taken so long!

The RT version is nowhere near as powerful as the full desktop version of Windows 8, so there were a lot of optimizations we had to make. Luckily we had already started the Windows Phone version of the game by the time we decided to support Windows 8 so many of the touchscreen design decisions had already been made, although each one certainly has its own unique aspects. 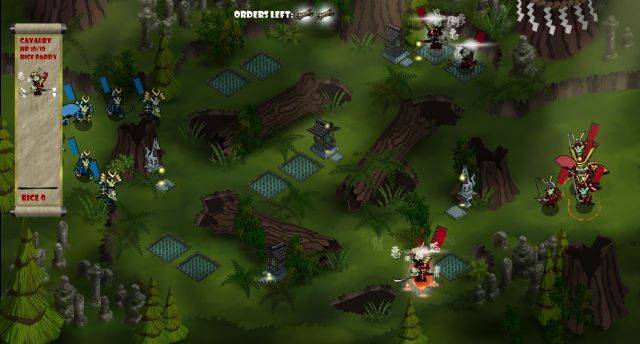 The PC version of the game will be a Windows 8 exclusive. Why was this decision made and how has it affected development of the game?

With our source/development build being on PC, and Microsoft as our publisher, we had a choice to do a Games for Windows Live version, which has not been a big hit with gamers, or put all our eggs in this expanded Win 8 basket, be near launch on a new platform, with a perfect mobile/tablet game as well as supporting desktop and XBLA we though the latter was definitely the way to go.

You also linked the Windows 8 version to the Windows Phone and Xbox 360 version. How hard was that to do and how does it affect gameplay?

This was a ton of work. I mean you can't imagine the technical challenges to have everything running smoothly alongside and inter-operating with the other versions. The gameplay benefits by allowing players to play on the road on their mobile device, then get home and boot up your save game directly onto your Xbox or PC! I wish all games supported this kind of flexibility! As a busy parent my game playing time takes place more and more in short bursts, but if I was able to play my favorite games on my phone, tablet AND PC and Xbox I would get through a lot more of them!

Overall, what has the experience been like creating the game to work with Windows 8 with Microsoft?

Working on launch platforms is a huge challenge. Not all the development libraries and decisions have been made yet, you have to be very flexible, and willing to reschedule things that aren't ready to be committed to yet. Its considerably more work than a straight up say XBLA game, if we had only done XBLA we would have shipped years ago.

How do you feel about some of the comments made by other game developers that feel that the Windows Store and Windows 8 are making the PC more of a closed system?

There is a huge misconception here that I'd like to address. Windows 8 is just like Windows 7, and will support all Windows 7 software just like any PC would. The only difference is the desktop tiles known as Metro, all Metro apps (basically a big button on your desktop that takes you directly to that app) are sold through the closed Windows 8 App Store. The iPad-like RT tablets will ONLY support Metro apps, so you won't be able to use previous PC software there, or sell things yourself without going through Microsoft. It really is a lot like iPhone and iPad. But the desktop version will still be a PC that you can customize and buy software anywhere!

We've fought long and hard to be a part of this launch window, and we're shipping on basically every Microsoft platform that exists now, I really hope people will give the game a shot and enjoy it anywhere you go!

We would like to thank Jake for answering our questions!