Just a few days ago, you may have seen a bunch of images here on Neowin showing the Ascend W1, Huawei's first Windows Phone 8 handset. Although the device seen in those images was partially obscured, the quality of the pics was good enough to reveal the fairly stylish lines of the handset, leaving us wanting to know more about it. 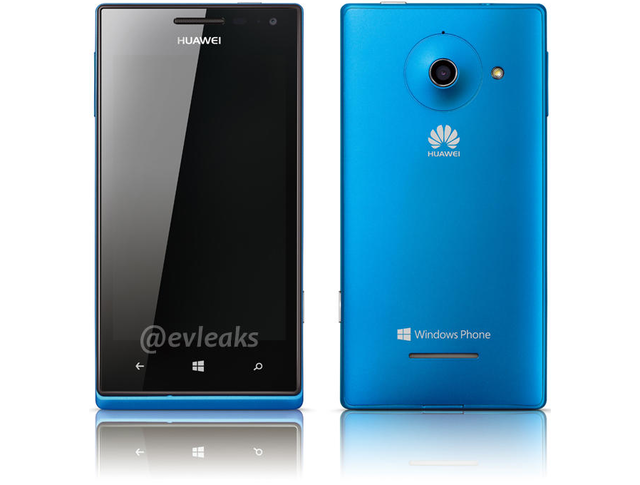 Today, the @evleaks Twitter account - which has made a name for itself with numerous, highly accurate leaks in recent weeks - has revealed what appears to be a press image of the new handset in all its glory. The render shows off the device with much more flattering - albeit digitally generated - lighting than the images leaked a few days ago.

Huawei is one of four manufacturers confirmed by Microsoft to be producing Windows Phone 8 handsets. Huawei appears to be following in the footsteps of Nokia and HTC by offering brightly coloured bodywork on its launch device; only Samsung has so far eschewed this design philosophy in favour of the more sober aesthetic seen on its upcoming ATIV S Windows Phone 8 flagship.

The W1 is expected to be a mid-range handset, with a 1.2GHz dual-core processor, 4-inch WVGA display, 512MB RAM, 4GB of storage and 5MP rear- and VGA front-facing cams. A second higher-end Windows Phone - imaginatively named the Ascend W2 - is also believed to be in development by the Chinese manufacturer.