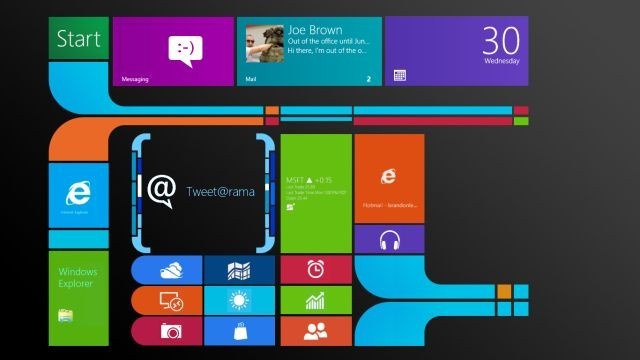 Several days ago, we posted a "From The Forums" story that had a Neowin reader upload an image of what "Windows 9" might look like if it looked like with the LCARS (Library Computer Access/Retrieval System) UI as popularized in various Star Trek TV shows and movies. The article turned out to be a popular one and it started some debate on if such a UI would really work in the real world. 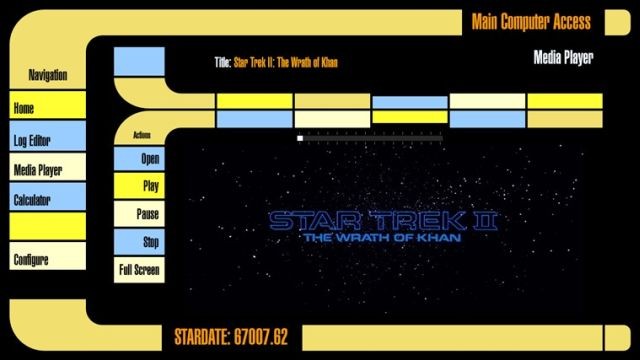 Little did we know that someone was in fact working on a Windows 8 app that used the LCARS interface. This week, we spotted the $2.99 LCARS app in the Windows Store. The app, which is definitely not authorized or endorsed by Star Trek owners CBS and Paramount Pictures, has a number of features, including a video player which lets users play movies in a various of file formats. It also has a calculator and a text editor. All of these features are wrapped inside this LCARS-like UI.

Because our LCARS feature got a lot of attention, we decided to email the creator of the app, David Haddad, to get some more information on how he came up with this new app.

First, how much experience do you have as a software developer?

I've been a software developer in the professional sense for about 4 years now, although I've been doing it since I started high school and through college to get my degree.

How did you come up with a LCARS app for Windows 8?

I came up with it because I've been a Star Trek fan for about 20 years and have always thought the computers they used were neat and always wanted one. There have been several great LCARS themed projects out there (LCARS x32, for example) that I have followed and been inspired by, but none that ultimately did everything I wanted or were done in programming languages I was familiar with so I never got involved with their development. I do enjoy using the LCARS apps that are available on Android and iPhone as well, but none of those solutions work for the desktop computer and the Windows 8 Store was completely bare of LCARS apps.

I eventually made some custom .NET controls because my ultimate goal was to decorate my house with some Star Trek style furniture and I wanted to have working computers that could control media play through the home network, as well as various other items for home automation. I hadn't gotten very much past test programs for my controls when Windows 8 came around. I decided that I would port my controls over and make a fun app that would contain some features in it that could replace some basic built in Windows apps. I wanted it to actually be functional and not just look neat.

How hard was it to develop the app?

Development wasn't too difficult, as Microsoft provides sufficient documentation to get moving with apps for the Windows Store. There was a bit of a learning curve in that developing for Windows Store is not the same as WPF. I basically had to start from scratch on all my controls because things like Triggers are not supported for Windows Store apps so making the animations is a bit more involved now. There are quite a few small inconvenient differences that made it a bit challenging but I like how it is coming out so far. It is somewhat tedious to accommodate things like screen orientation and the "Snapped" view that Windows 8 has, but that comes with just about any type of mobile development. What is interesting is that some controls from Windows 8 fit right in to the LCARS theme! The track bar for the Media Player component is the standard one. I didn't see a need to re-style it. I have also read online that people find the Windows 8 style to resemble LCARS. I got some of the information on the color schemes from lcarsdeveloper.com which is a great resource.

So far what has the response been like to the app?

I haven't had too much response from the public yet as the app was just released! My family members who are all big Star Trek fans think it is great though. I tried to make things like the Media Player part function as well as the "Videos" app from Microsoft so that the app would not just be a novelty item that nobody wants to actually use.

What plans do you have for making updates to the app?

I have huge plans to expand the app if enough people want to see it continue. The current system in which apps can be updated and how easily people who have it can get the updates makes rapid development very nice because everyone will see the changes without having to go look for them. I plan to add a lot of the visuals everyone knows and loves from LCARS that may only be semi-interactive, but I didn't want to start out with only those things because there are plenty of places for those on some fantastic websites. I certainly will continue to add real features for productivity, but it would also be cool to do things like scan for life forms or fight enemies from an interactive Tactical station. Those things obviously would just be for fun, but I could see them being used in Role Playing parties or even fan films if I make it work well enough. I tried to make it as modular as possible because it is very easy for me to add things to it and my initial vision was to expand it a lot.

We would like to thank David for answering our questions!

Obviously, LCARS and Star Trek are trademarks of CBS and Paramount Pictures