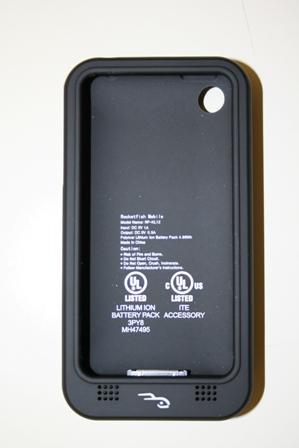 In the wake of at least two iPhones reportedly catching on fire on their own, a new report states that retailer Best Buy has issued a recall of a third party iPhone 3G/3GS battery case due to a fire hazard. In a joint press release, the U.S. Consumer Product Safety Commission and Health Canada has announced that the Rocketfish RF-KL12 Mobile Battery Case is the culprit.

The press release states that the USCPSC "have received about 14 reports of the battery cases overheating in the United States, including three reports of minor burns to consumers and four reports of minor property damage."

If you happen to own one of these iPhone battery packs you should stop using it immediately and contact Best Buy or Future Shop to send the product back. in exchange, you will get a $70 gift card if you live in the US or a $105 gift card if you are a Canadian resident.