Rumors have been swirling for months that the next Call of Duty game, developed by Treyarch, would be a direct sequel to Black Ops, entitled Black Ops 2 according to accidental postings on Amazon and other websites. But recent leaks have indicated that may not be the case after all... or have they? 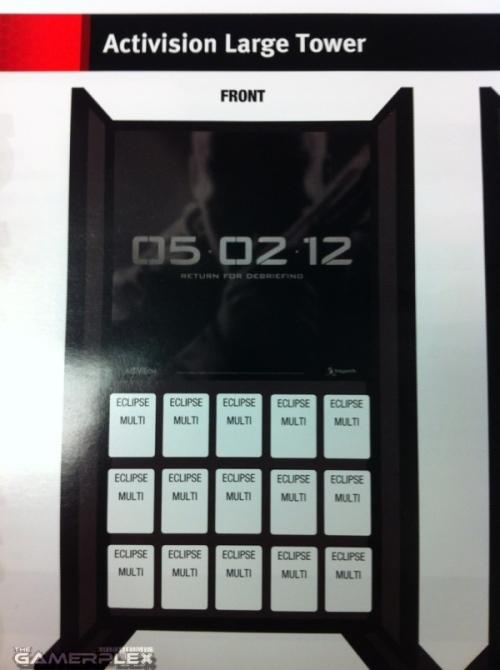 According to images obtained by The Gamerplex, GameStop recently received promotional displays for the announcement of the next Call of Duty game. Unlike a previous promotional poster, however, the display is referenced in GameStop's marketing book as "Eclipse Multi" – which Gamerplex speculates may refer to the subtitle, Eclipse, and the fact that the game will be released on multiple platforms. Both promotional materials feature the tagline "Return for debriefing," indicating a continuation to the Black Ops story, however.

When Gamerplex followed up with a local GameStop outlet, the employee they spoke to confirmed that they received Call of Duty promotional materials from Activision labeled with the word "Eclipse." The employee also confirmed that Activision will be making an announcement regarding the next Call of Duty on the date seen in the aforementioned promotional materials, May 2. The official Call of Duty website, however, has been updated with an image (seen below) stating the "world reveal" will occur during TNT's broadcast of the NBA playoffs on May 1. 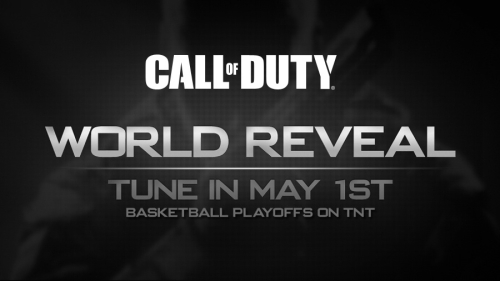 While Gamerplex theorizes that Eclipse may have something to do with the Zombies mode featured in Black Ops (due to an Easter Egg on the Shangri-La map that created an eclipse in the sky), Owen Good of Kotaku has a different theory.

Images via The Gamerplex and Activision