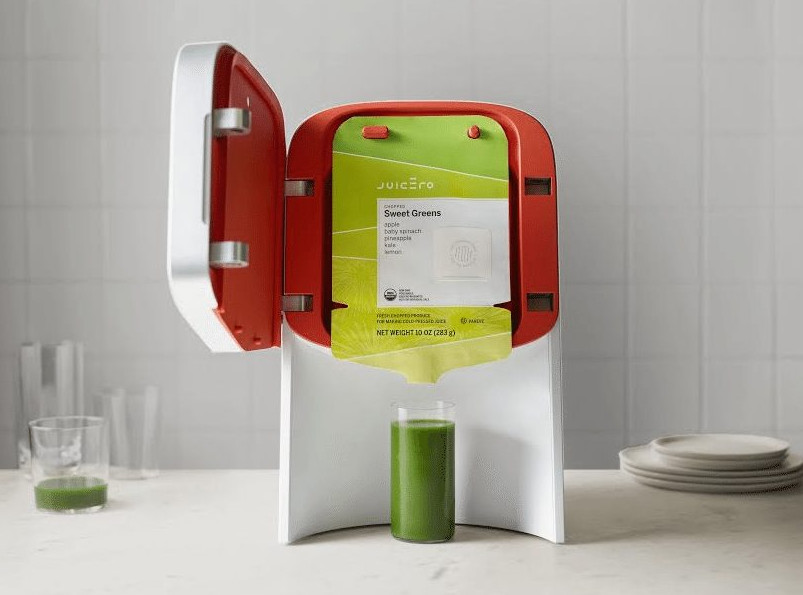 It has been a little over a year since the release of Juicero, a connected cold-press juicing machine that only accepts specially created packages of vegetables and fruits. The packages could be ordered from the firm and used in its machine to produce organic juice at the touch of a button. While this sounds like a no mess solution to get folks to drink healthy, the product was met with some pushback when it initially debuted with a price tag of $700.

Although the company would later reduce the price of its machine to $400, it encountered quite of bit of chagrin after Bloomberg outed that the Juicero packs could be squeezed by hand, and didn't require the expensive machine at all. At the time, this left investors with a bit of a conundrum, even prompting the CEO to offer refunds to those that had purchased a machine within a 30-day window.

It appears that the firm is now calling it quits, caving under the pressure like so many of its cold pressed vegetable counterparts. The company's website thanked supporters and announced that it would be "suspending the sale of the Juicero Press and Produce Packs immediately". The firm cited the lack of infrastructure as the root cause and noted that it would need to focus on finding an acquirer who could carry on its mission.

Last but not least, the firm is offering refunds for the next 90 days, giving those that purchased a unit the option to get their money back until December 1, 2017.

Source: Juicero via The Verge