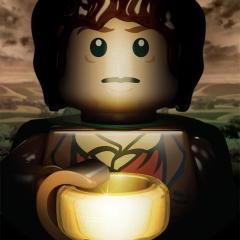 The LEGO-based console and PC games from developer Traveller's Tales have been among some of the most popular family-themed games released in the last few years. We have seen LEGO games based on the Star Wars, Indiana Jones, Harry Potter, and Batman franchises from the team. Indeed, a second LEGO Batman game is coming sometime this summer.

So far, the publisher has yet to make an official announcement about LEGO Lord of the Rings, but this seems to be pretty close to a confirmation. It's likely that Warner Bros. Interactive will be making a formal announcement soon, perhaps at or before E3 2012 in June.

No details have been revealed about this new LEGO game. However, with the upcoming movie prequel The Hobbit due for release in theaters in December, we would expect that the LEGO Lord of the Rings game would be released around the same time frame.