In September, Lenovo started selling the Flex 14 and 15 notebooks, with 14.1-inch and 15.6-inch displays that could be flipped 300 degrees. That meant the notebooks could be placed in Stand mode but not in tablet mode like the Lenovo Yoga products. Today, Lenovo revealed it will release a smaller 10.1 inch Windows 8.1 version of the Flex notebook. 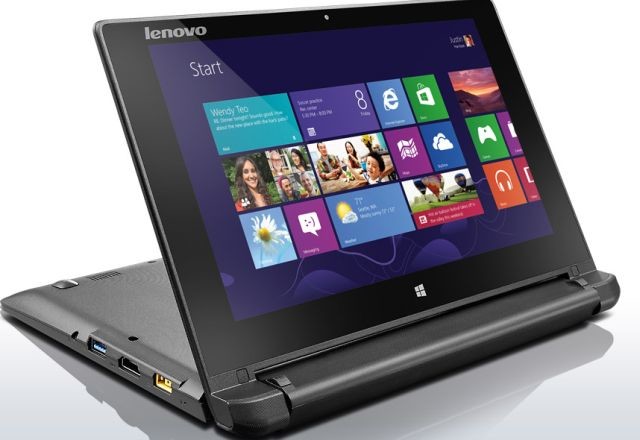 The Lenovo site shows that the Flex 10 will weigh 2.6 pounds and have a display with a 1366x768 resolution. It will offer the notebook with three versions of Intel's Celeron processor, each of which will have 2GB of RAM. It will also have an Intel Pentium model with 4GB of RAM. There will be up to 500GB of storage but only about 4 hours or so of power with its standard battery.

There's no word on a price or a release date for the Lenovo Flex 10, although Engadget claims Lenovo could sell the notebook for around $550. All in all, it sounds like this model is for the budget minded consumer who perhaps would like to have a design that allows for some options in terms of screen positions. We will post an update when Lenovo reveals a final release date and price.