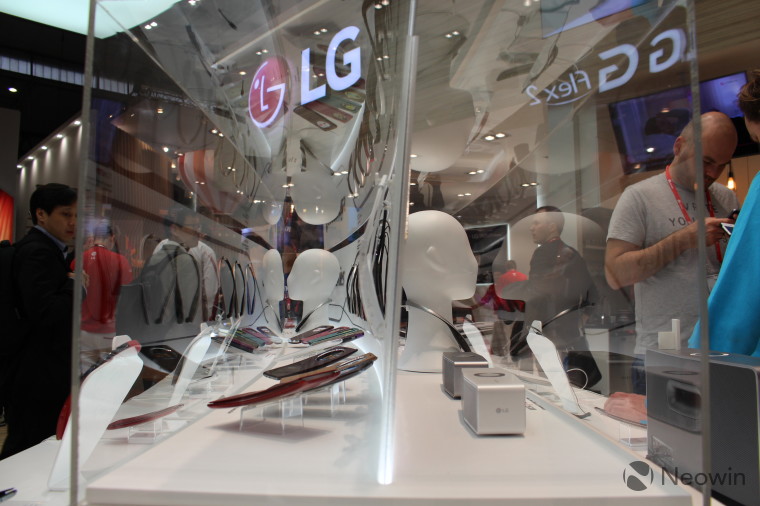 For those of you out there who are looking forward to the LG G Flex 3, you'll probably be disappointed by this report, as rumors coming from a South Korean newspaper suggest that LG is not (yet) planning on releasing a successor to the current G Flex 2.

Munhwa Ilbo is citing 'internal sources', that claim that LG is not satisfied with the apparently lower success rate of the LG G Flex 2 compared to the original, despite being quite an improvement. The newspaper doesn't say that the G Flex line has been scrapped for good, just that a continuation is highly unlikely in 2016, so all hope is not lost.

Even though we may not see a curved smartphone from LG next year, the company is reportedly planning to unveil a successor to the LG G4 sometime in late April 2016, and a successor to the more rugged, dual-display LG V10 in the second half of 2016.

Not much is known at this point about the successor to the LG V10, but there is plenty of speculation out there about the LG "G5". Some sources say that the new flagship will sport a bigger, 5.6inch display, with a resolution of 2560 by 1440 pixels. It will be powered by the Qualcomm Snapdragon 820 SoC, which is claimed to offer significant performance and battery life improvements over the Snapdragon 810.

The rumors don't stop there though. The G5 will reportedly have a metal unibody design, which could upset users that like to have a removable battery and expandable storage. Also, if another rumor from South Korea is to be believed, the LG G5 will sport iris recognition technology similar to Windows Hello.