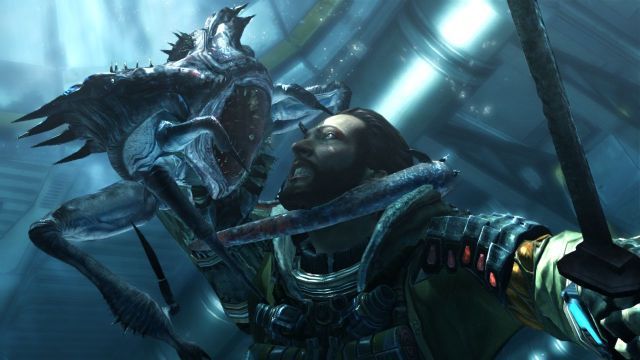 Capcom is returning once again to one of its most popular game franchises. The publisher announced today plans to release Lost Planet 3, the latest game in its sci-fi shooter series. This game will be developed by the US-based team of Spark Unlimited; the previous two Lost Planet games were both internally developed by Capcom in Japan.

Lost Planet 3 is actually a prequel, set before the story events of the first game. Lost Planet 3 takes place once again on EDN III, a harsh arctic world where the player character can once again die from the elements just as surely as he can be eaten by the alien akrid monsters. The player character is Jim, a blue collar working type who is just trying to make some money for his family. He quickly finds out that's going to be tough.

Spark Unlimited is using Epic Games' Unreal Engine 3 to help develop Lost Planet 3 which will feature a mix of third person shooting on foot and first person action while the player is piloting the game's Ultilty Rig. There will also be a number of multiplayer modes.

You can check out the CGI trailer for Lost Planet 3 below. The game will be released for the PC, Xbox 360 and PS3 in early 2013.