Meet Sabu, the leader of LulzSec and the man behind a string of arrests earlier today that put most of the top members of the infamous antisec group behind bars. “This is devastating to the organization. We’re chopping off the head of LulzSec," an FBI official told Fox News.

Since he was caught in June, Sabu - who's real name is Hector Xavier Monsegur - has been working with the FBI to bring down the organization he built. According to an unnamed source, the following people were arrested or had additional charges brought against them: London's Ryan “Kayla” Ackroyd, and Jake “Topiary" Davis; Darren “pwnsauce” Martyn, and Donncha “palladium" O’Cearrbhail, of Ireland; and Chicago's own Jeremy “Anarchaos,” Hammond.

It was Hammond who was the main man behind last year's attack on Stratfor, which led to tons of personal information and credit cards being released on Wikileaks, and the source said that he would be charged under a separate indictment as a member of Anonymous. Ackroyd and Davis worked together to expose security flaws in the US Senate's computer system. 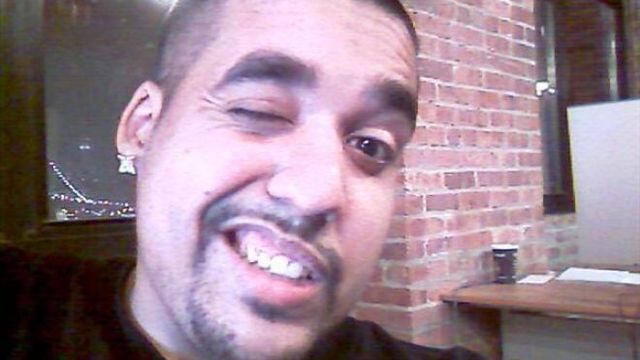 If it seems like it was just yesterday that Sabu was tweeting obscenities about the government, that's because he was. His betrayal (he seemed so trustworthy!) will no doubt come as a surprise to many, but it's doubtful that it will be quite as devastating to the highly disorganized hacker community as the FBI is hoping. Still, it's definitely a pretty big blow to the morale of a 'group' that had seemed almost invulnerable up until now.

Fox News also revealed some interesting details about the hacker king (we're not stupid enough to call him the 'King of Anonymous' like Fox did). Sabu is a 28 year old father of two, unemployed (he was a former employee of LimeWire) and living off a welfare check in a housing project on New York's Lower East Side, and that's at the root of why he was willing to play snitch. “It was because of his kids,” one of the FBI agents involved in unmasking him said. “He’d do anything for his kids. He didn’t want to go away to prison and leave them. That’s how we got him.”

Someone close to Sabu described him as 'lazy, an underachiever complacent with his lifestyle.' He trained himself to program and hack on his own, and never went to college. But all it took was one slip up to get caught. He logged into an IRC chat room without masking his IP. The FBI bided their time, watching and making a case against him, until they finally struck in June, fearing that he might destroy evidence against him after his identity was briefly but publicly revealed online.

Although he was extremely talented when it came to computers, politics drove Sabu to fight capitalism and the government. “It’s sad, really," an official told Fox. "Sabu could be making millions of bucks heading the IT security department of a major company. But look at him, he’s impoverished, living off public assistance and was forced between turning on his friends and spending a lifetime in jail."

Anonymous has responded via Twitter to the revelation of Sabu's betrayl. Here's a selection of what isn't too vulgar to be reproduced on respectable mediums such as Neowin.

@anonymouSabu is now controlled by feds. We have blocked the account and we suggest you do as well. #BlockAnonymouSabu

Suggestion to the FBI: Maybe you should spend a little less time pursuing #Anonymous and...

...put more effort into bringing to justice the white-collar criminals who crashed the economy in 2008

Anonymous has no leaders, we will still be stronger than ever. LulzSec has been dead for a while.

You can't snitch on an idea.