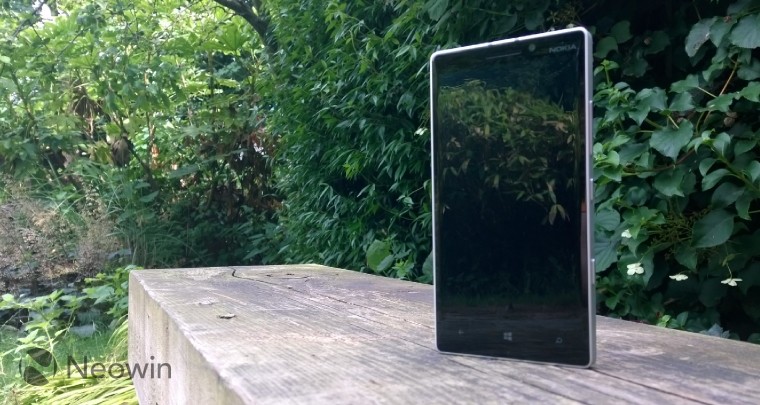 An unknown Microsoft smartphone alleged to be the Lumia 940 XL has been spotted on GfxBench with high-end hardware specifications.

It has been rumoured that Microsoft will launch two flagship smartphones with the 940 moniker running on Windows 10 Mobile in the second half of 2015, and now one of the devices has ended up in the GfxBench database, revealing some of its internal specs.

According to the listing, this particular Lumia goes by the codename RM-1100 which is different from the RM-1085 that was found in AdDuplex logs last month. Although the screen size mentioned here is the same as the earlier leak, the resolution is quad HD compared to the 1080p resolution of the earlier report. Other specifications of this device include a Snapdragon 810 octa-core processor, 2 GB of RAM (reported as 1.5 GB) and 16 GB of internal storage. 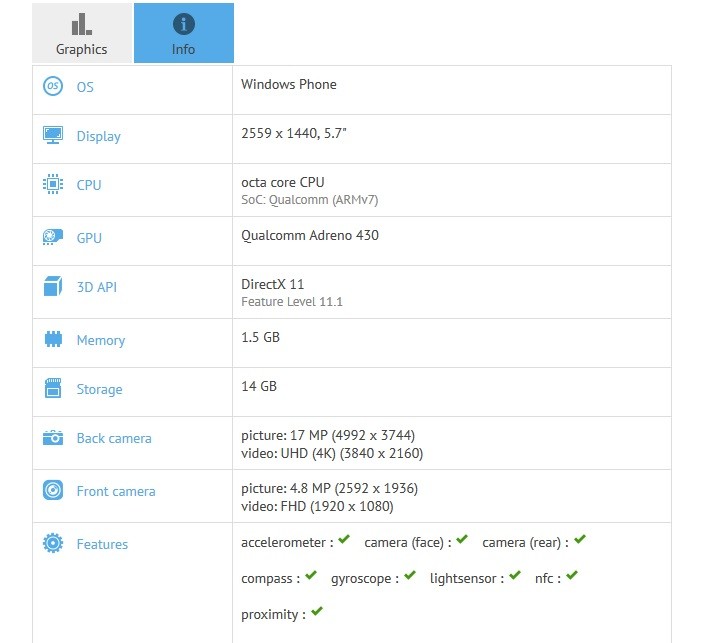 Further, the device seems to feature a 20 megapixel rear camera and a 5 megapixel front camera. The camera resolution reported in GfxBench is the same as that of the Lumia 1520 in 4:3 mode, which also features a 20 megapixel camera.

Notably, the specifications differ slightly from earlier leaks of a 5.7-inch Lumia phone codenamed "Cityman." That leak stated the smartphone would feature 3GB of RAM and 32GB of onboard storage. It's possible the discrepancy is simply a difference between test models, however.

The next batch of flagship Windows Phones won't be announced until the launch of Windows 10 Mobile, but these alleged specifications should keep fans interested till then.