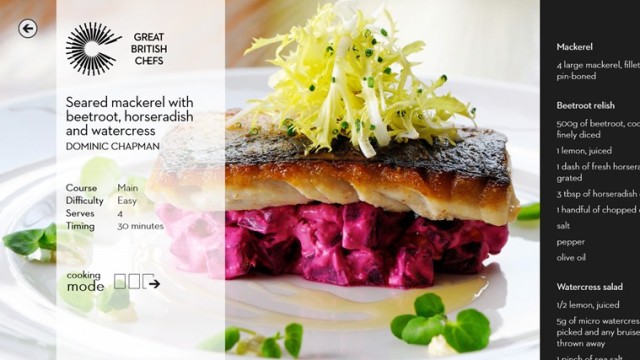 Even though there are now over 100,000 apps created for Windows 8's Modern user interface, that doesn't mean all of those apps are well designed. Microsoft now wants to give app developers and its third party partners a new avenue to learn how to make apps that will work well within Microsoft's new design principles.

As part of its Worldwide Partner Conference 2013 event, Microsoft has announced it will launch something called the User Experience Design Competency program. As described on Microsoft's Windows App Builders blog:

The competency will provide a way to train your designers and be recognized for your expertise in the Microsoft Design Language and App User Experience on Windows devices. It will ensure that all of our partners have access to the user experience and design foundation necessary to create innovative experiences that engage millions of users on the Windows platform.

Microsoft used the Great British Chefs app, shown above, as an example of what the company is looking for in terms of making apps that offer "beautiful experiences on the Windows platform." The User Experience Design Competency program will be handled through the Microsoft Partner Network but won't officially launch until January 2014.