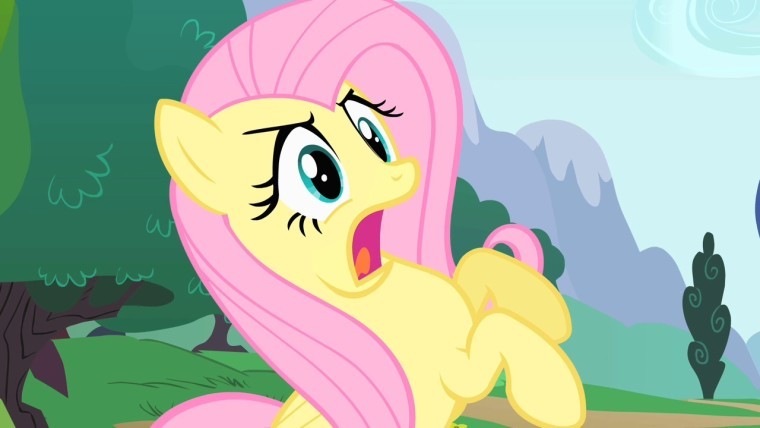 Earlier this week, Apple launched its latest mobile operating system, iOS 10. With it come new features, including support for animated gifs inside of the Messages app. Unfortunately, the new feature comes with one big problem, as it’s currently recommending some rather risqué gifs in some scenarios.

Users currently using iOS 10 and searching for gifs inside the Messages app may be delighted or horrified to find that Apple isn’t filtering all the images as it should. As a result, a search for the word “butt” currently returns a top result showing the My Little Pony Fluttershy character in a highly sexualized act. As The Guardian reports, the animated character is depicted taking down her underwear and smiling at the camera.

While bronies might get a kick out of this result, there are many that are concerned. The new Messages app is now available on lots of Apple’s devices, many of which are used by children. Similar searches for sexualized terms do not return actual adult gifs, but in this case, the filtering seems to have failed.

Interestingly enough, the actual content is not returned by Apple but by Microsoft’s Bing search engine. However, it’s not clear which of the two companies is doing the filtering, as the adult Fluttershy gif in question does not show up on a classic Bing search.

Whoever ends up filtering the results though, it’s clear that they need to do a better job if the service is to be used by so many children around the world.