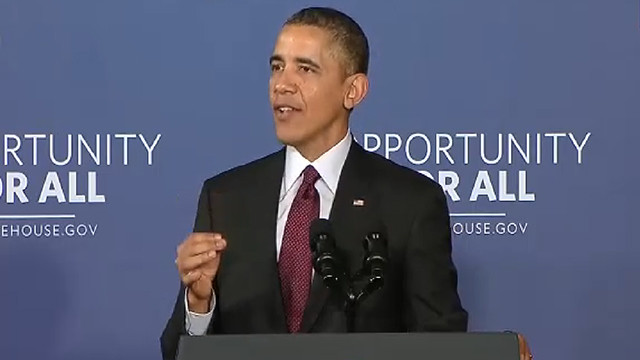 During his State of the Union address on Wednesday, President Obama announced an update to his initiative that would see Microsoft, Apple and other tech companies investing millions into the U.S. education system. Today, Microsoft confirmed its investment in the president's ConnectED program, which it says has the potential to save the education system $1 billion.

Margo Day, vice president of U.S. education for Microsoft, wrote an entry on the company's official blog noting that ConnectED will provide Windows-powered devices from Dell, Lenovo and other hardware partners at "substantially lower pricing." The offers will be available to all schools in the U.S. public education system, Day wrote, adding that Microsoft and partner services will also be part of the initiative.

"That means our partners will bring to market a multitude of great device offerings, at pre-priced levels, specifically for schools to choose from," she wrote.

Obama further outlined his ConnectED initiative at an Adelphi, Md., school today, saying the program will significantly help underprivileged students have the same technology available as wealthier students and school systems. The president said Microsoft will offer "products like Windows to students and teachers at a deep discount and provide 12 million [free] copies of Office to our schools." The crux of his speech, however, focused on ConnectED's goal of providing high-speed broadband to 99 percent of U.S. students within the next four years.

"Imagine what it means for a boy with an illness, where it confines him sometimes at home," Obama said. "Imagine he could [keep up with his classes] through FaceTime or Skype."

A press briefing issued by the White House added that Microsoft is "increasing access to a range of software and services tailored for education," and it will also donate more than $1 million to cover Microsoft IT Academy certification exams for students about 2,000 at-risk schools.