It's been a few years since we published an enthusiastic review of Asrock's pricey-yet-powerful Vision 3D HTPC. The company has since kept our attention with annual updates, now on its fourth generation, the Vision HT 420D, has received a proper upgrade to Intel's Haswell architecture as well as other improvements that contribute to the system's respectable list of features, making it one of the most impressive HTPCs to date.

Although the Vision HT 420D has largely picked up where the Ivy Bridge-based Vision HT 300 left off, the newest range isn't quite as diverse . The HT 300 series included models with Core i3 and i5 processors, while some were complete builds and others were barebones options that let you customize your memory and storage. For now, Asrock's latest Vision offerings are limited to two models: the 400D and the 420D. 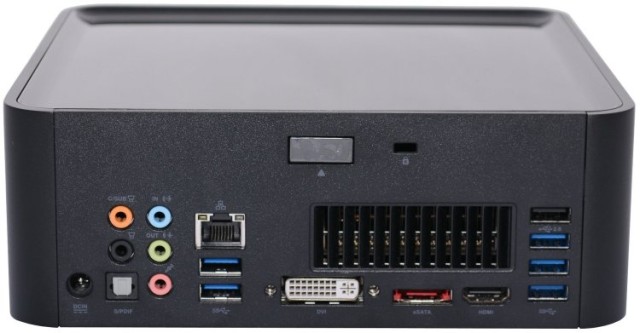 The former is powered by a Core i3-4000M, has 4GB of memory and a 500GB hard drive, while the latter (which we're reviewing) boasts the i5-4200M, 4GB of RAM and 1TB of storage. Pricing has been one of our main concerns with previous Asrock Mini-PCs, and at $660, the 420D isn't exactly cheap. That figure excludes an operating system, though that's probably for the best considering the divide between Windows 7 and 8.